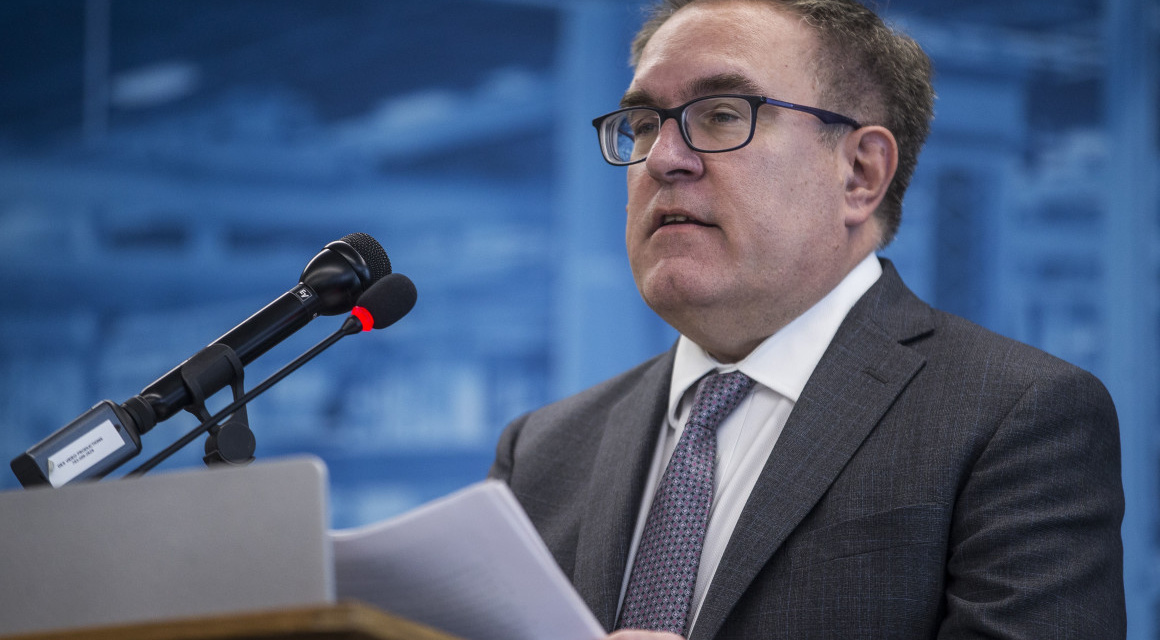 Donald Trump, a climate change denier and hostile to environmental regulations, tries to revoke the state of California’s authority to set auto emissions rules that are stricter than federal standards.

“Two people familiar with the matter” said the formal abolition of the authority will be announced Wednesday afternoon at Environmental Protection Agency headquarters.

The announcement came as Trump is on a two-day fund-raising visit to Los Angeles and the Silicon Valley.

No Administration has ever sought to revoke a state’s ability to regulate its air quality. “This is unprecedented and a tremendously big deal,” said Richard Revesz, a professor of environmental law at New York University.

EPA head Andrew Wheeler, a former coal industry lobbyist who has vigorously pursued the gutting of environmental regulations, said Tuesday, “We embrace federalism and the role of the states, but federalism does not mean that one state can dictate standards for the nation.”

Thirteen other states, about 1/3 of the US automobile market, follow California’s standards. If the Administration’s revocation is upheld by the Supreme Court, it may permanently block states from regulating vehicle pollution.

From the start of his Administration, Trump — who has claimed that climate change is a “Chinese hoax” — has waged war on environmental protections, including of clean air and water.

Last week the Administration repealed Obama-era rules that limited polluting chemicals used near streams, wetlands, and other bodies of water.

The Administration has also removed restrictions on fossil fuel pollution, including emissions from coal-fired power plants and automobiles; withdrawn rules over asbestos and pesticides; weakened the Endangered Species Act; and curbed any mention of climate change by Government agencies and scientists.

At the end of August, the EPA pulled restrictions on emissions of methane, a major contributor to global warming.

The Administration has sought a weakening of national standards on automobile emissions, but has struggled to produce legal, technical, and scientific justifications. Major automakers have also opposed any rollback, with four of them signing a deal with California in July to comply with tighter regulation of emissions.

Trump, angered by the announcement, vowed to punish California, according to “two people familiar with the matter”.

“It’s clear that the president felt very strongly about this,” said Thomas Pyle, President of the Institute for Energy Research, an advocacy group for fossil fuels, and an advisor to Trump’s 2016 campaign. “The actions of California and the other auto companies probably firmed up or hardened the president’s resolve on this issue, so here we go.”

“Trump has married his administration-wide hostility to the environment to his personal vendetta against California,” said Dan Becker, director of the Safe Climate Campaign.

Obama-era rules require automakers to build vehicles by 2025 that have an average fuel economy of 54.5 miles per gallon. The Trump Administration rule lowers the standard to about 37 miles per gallon.