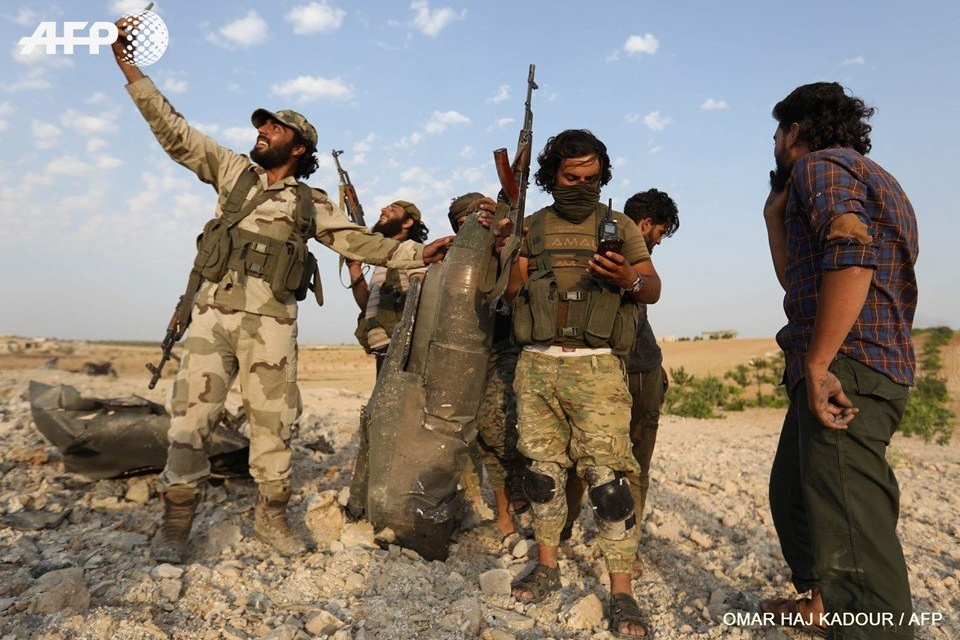 HTS was once as extreme as they come, with roots in al Qaeda. But with Syrian leader Bashar al-Assad’s victorious Russian-aided forces bearing down, and mindful of the collapse of the ultra-hardline Islamic State, the group’s leaders are taking a more lenient, pragmatic approach to enlistment. The rank-and-file composition of the group has also changed. Through several rounds of infighting with more moderate rebel groups, HTS absorbed thousands of nonobservant Muslim fighters into its ranks from the defeated factions. In addition, it welcomed more moderate fighters who have been displaced from further south — much to the surprise of some of the new enlistees.

“In Damascus I was sure that HTS are like the Islamic State, that no one smokes among them and they dress in Islamic garb, but honestly, I didn’t find any of that,” said one HTS fighter called Mazen, who smokes cigarettes and crops his beard. Like many of the remaining regime opponents, Mazen is a sort of warrior-refugee — a former Free Syrian Army fighter from the southern suburbs of Damascus who was displaced to Idlib in 2018 and then joined Hay’at Tahrir al-Sham because, he said, “it was the biggest thing in control of the region”.

But for residents of Idlib in northwestern Syria, the organization’s increasing willingness to engage with outsiders for the sake of expediency is little comfort. Because despite the group’s ideological pragmatism, one thing has not changed: its authoritarian conduct. The group’s internal security organ continues to kidnap opponents and occasionally executes them. Torture is rampant in its prisons.

“The internal security cadres in HTS are the most extreme,” Suleiman, an Idlib-based journalist, told Foreign Policy in an interview. (All names of Syrians in this story were changed to protect them from retribution by Hayat Tahrir al-Sham and the Assad regime, and the interviews were conducted over the summer on WhatsApp, in Arabic.)

“They routinely arrest people based on false denouncements without any proof.” Even an HTS fighter named Abdullah admitted: “The people hate the internal security of HTS.”

So only two bleak alternatives now face Idlib’s 3 million residents: a gradual regime takeover or a long-term de-escalation deal that would ensure the protection of the region under HTS dominance. The first means death or imprisonment for many at the hands of a vengeful Assad. The second outcome would bring a new kind of harsh oppression.