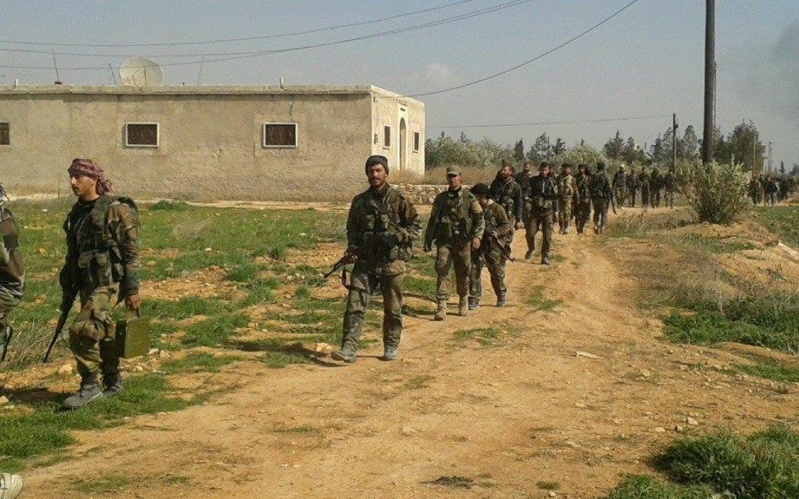 Trying to break through in their 3 1/2-month offensive in northwest Syria, Russia and the Assad regime attacked on three fronts on Saturday.

Enabled by Russian bombing and ground advisors, regime forces continued their assault in northwest Hama Province. They sought an advance in southeast Idlib Province, hoping to encircle the anti-Assad resistance in Hama, and they tried yet again to capture Kabani in northeast Latakia Province.

The offensive began with bombardment of both anti-Assad positions and civilian areas in late April. The Russian-regime forces initially took several towns and villages in northwest Hama, but were soon checked by rebels and the Islamist bloc Hay’at Tahrir al-Sham, who regained territory in June.

After more than two months with no success, the offensive finally took the key hilltop town of Tal Maleh at the start of August. Breaking a self-declared four-day “ceasefire” last week, Russia and the regime captured the village of Zakah, opening the way for a drive on the “ghost town” of Khan Sheikhoun — bombarded for months, forcing tens of thousands to flee — and the M5 highway between Aleppo and Homs.

On Friday, they were repelled again at Kabani, the hilltop Latakia town which is the gateway to Idlib and northern Hama. There were no reported breakthrough on the southern Idlib front, but a pro-Assad blog is claiming this morning that the village of Hobait has been captured.

Since late April, Russian-regime bombing and shelling have killed more than 720 civilians, wounded more than 2,200, and displaced more than 400,000.

The greater Idlib area is home to an estimated 3 million people, 20% of Syria’s remaining population. About half of them have been displaced from other parts of Syria.

A man was killed, and 17 others including 11 child were injured, after regime/Russian warplanes attacked #Altamanah City in #Idlib countryside this afternoon. pic.twitter.com/jtwxRfyZvq