Why Boris Johnson Should Take Heed of King Charles I 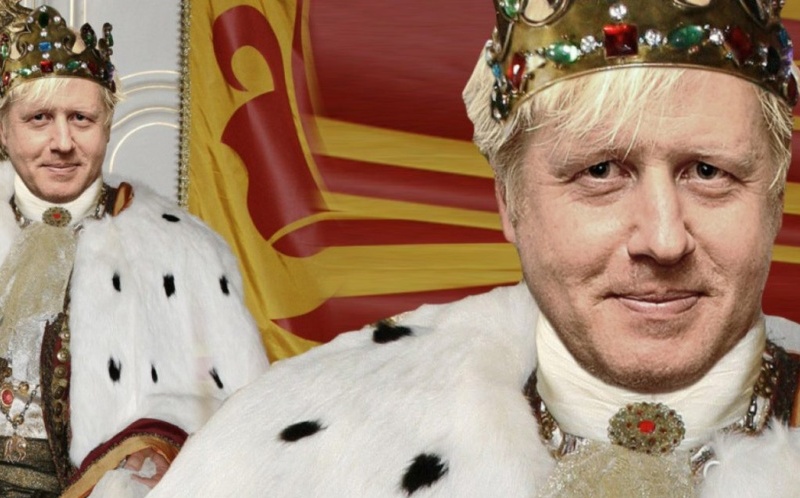 Will Boris Johnson’s “people vs the politicians” Brexit lead to downfall, like that of Charles I?

In three years, two UK Prime Ministers have fallen from office on the tripwire of their European policy. The latest Conservative occupant of the post, Boris Johnson, has a new approach to this historic conundrum — but both history and current affairs have cautionary messages for the ambitious PM.

Johnson has already refused to contemplate revisiting predecessor Theresa May’s Withdrawal Agreement with the European Union, unless the so-called “backstop’”arrangements regarding Ireland and Northern Ireland — now emphatically renamed the “undemocratic backstop” by Government ministers — are abandoned. EU leaders, renowned for almost endless patience in negotiating, have declined to resume talks under these circumstances. This makes an outcome of Brexit without any agreement all but inevitable.

Johnson’s second change has been trailed but not formally announced: to hold a general election either before, but more likely after, a No Deal Brexit on October 31. The Government’s theme will be “the people versus the politicians”: Johnson aims to present himself as the champion of popular opinion, supposedly still embodied in the 2016 Brexit referendum, against a patronizing and detached establishment in Parliament, the courts, and the media determined to frustrate its implementation.

The current evidence for this high-stakes strategy may offer promise, but the historical precedents are mixed.

The opinion of the public as demonstrated in elections and polls seems static since 2016: evenly divided between Leavers and Remainers. However, Remainers are now divided between those resigned to defeat and those determined to seek a new referendum, and Leavers are split over the new relationship with the EU. Johnson hopes to unite Leavers by marginalizing the Brexit Party, whilst Remain opinion is split between Labour, the Liberal Democrats and other opposition parties. This could give Johnson a Parliamentary majority, even with significantly less than half the vote.

But there are two problems. One is Johnson himself. He is untested electorally at a national level, and his initial “bounce” in the polls is no better than Theresa May’s or that of Labour’s Gordon Brown in 2007. His credentials as a man of the people are slim: he has been an elected politician for most of his adult life. He spent his childhood at Eton, the school which has been the nursery of 20 Prime Ministers, where he declared it his ambition to be “World King”. He is the consummate politician, an outsider only to everyday British life.

Second, the history of populist, binary confrontational appeals at UK elections offers as much discouragement as hope to the Prime Minister. The “Peers vs the People” campaign of 1910 was led by the Liberals in defense of Chancellor David Lloyd George’s radical budget, blocked by a self-interested House of Lords. It ended in the loss of the Liberals’ three-figure majority and a Parliamentary stalemate pnly resolved by the support of Irish MPs.

Other simplistic slogans have prompted counter-claims or misread the public mood. In 1945, Winston Churchill’s “Help Him Finish the Job” was successfully answered by Labour’s “Help them finish their job!” over images of British servicemen looking to the future after World War II. The Conservatives’ “New Labour, New Danger” campaign of 1997 was suspended because focus groups showed the public did not understand what was ‘new’ about the threat posed by Labour leader Tony Blair.

The deepest danger to Johnson’s proposed “the people versus parliament” is that the UK is not a Trump-style system of Presidential rule, but a Parliamentary democracy. There may yet be a British popular memory of this which goes back to 1910 and even to King Charles I’s fatal arrogance towards Parliament in the 17th century.

Johnson might be portrayed not as the man of the people but as King Boris. Perhaps the Prime Minister should be careful what he wishes for.