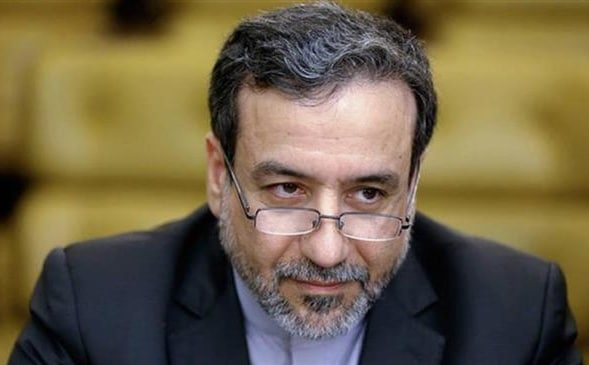 Iranian Deputy Foreign Minister Abbas Araqchi: “We will give a rapid and crushing response to any aggressor”

A Gibraltar court has rejected an appeal by the US Justice Department to continue the detention of the Iranian supertanker Grace 1.

The Justice Department filed the appeal on Thursday morning, when the court was on the verge of releasing the supertanker. First Minister Fabian Piccardo had declined to ask for an extension of detention, after assurances that the Grace 1 would not take its 2.1 million barrels of oil to Syria’s Assad regime in violation of EU sanctions (see below).

The basis for the US request was not revealed in court, but Chief Justice Anthony Dudley said there was no formal US filing: “That’s not before me. There are no applications in relation to the US letters of request [for mutual legal assistance].”

With confirmation that the Gibraltar Government was no longer seeking to detain the tanker, Dudley added:,”She is no longer a specified ship…and no longer subject to detention.”

The Government said, after the hearing, that it had solid documentary evidence that the Grace 1 was bound for Syria. It continued that the Iranian Government had now given formal written assurances the vessel would not discharge its oil at a Syrian port.

Another Anglo-Iranian dual national has been detained in Tehran.

Anthropologist Kameel Ahmady was arrested Sunday. His wife Shafagh Rahmani said he is being held in Evin Prison.

Ahmady writes on child marriage and female genital mutilation in the Islamic Republic. In a 2015 study, he documented the implementation of FGM in at least four major provinces:

FGM is practised in Iran in some cases to tame girls’ sex drive before marriage; it is made to preserve their chastity. The attitude of officials and authorities is that FGM doesn’t exist in Iran. The Iranian public is also largely ignorant about the subject.

A series of dual nationals have been seized by Iranian authorities and held as political prisoners. They include three Anglo-Iranian citizens: charity worker Nazanin Zaghari-Ratcliffe, 79-year-old Kamal Foroughi, and environmentalist Morad Tahbaz, who also holds US citizenship.

The US has applied to seize an Iranian supertanker held in Gibraltar since it was boarded by UK marines and local police on July 4.

The application from the Justice Department delayed the release of the supertanker Grace 1, with 2.1 million barrels of oil, after Gibraltar First Minister Fabian Piccardo declined to ask the court for an extension of the detention order (see below).

Chief Justice Anthony Dudley said, if not for the US filing, “the ship would have sailed”, according to the Gibraltar Chronicle.

The court will decide on the American motion for mutual legal assistance later on Thursday.

Abbas Araqchi used a Wednesday meeting in Tehran with Abdul Kharis Almasyhari, the chairman of the Indonesian Parliament’s First Commission, for the declaration.

Araqchi said, “In its contemporary history, Iran has never initiated any war, and will not do so in the future,” but continued, “It will not hesitate for a moment to defend itself, and will give a rapid and crushing response to any aggressor.”

Tehran has put out a series of proclamations amid the escalation of tensions with the US and UK this summer, following the American withdrawal from the 2015 nuclear agreement and the imposition of comprehensive US sanctions last November.

Tankers have been attacked in the Strait of Hormuz, through which 1/5th of the world’s oil passes. Iran and the US have downed each other’s drones, leading to Donald Trump approving but then quickly retracting American airstrikes inside Iran in late June. The UK impounded an Iranian supertanker off Gibraltar, and Iran retaliated with the seizure of a UK-flagged tanker in the Strait.

In the past week, Foreign Minister Mohammad Javad Zarif pronounced, “American pressure on Iran is due to Iran’s power and might and not weakness.” The Revolutionary Guards declared, “We can detain any ship we want to,” with commander-in-chief Maj. Gen. Hossein Salami asserting, “Any new war may expose the Zionist regime to irreversible collapse.” Commanders also unveiled an upgraded missile defense system.

But there was a sign on Wednesday that one source of tension would be eased, with reports that Gibraltar will release the Iranian supertanker Grace 1 today.

Citing “sources close to” Gibraltar’s Chief Minister Fabian Picardo, the UK tabloid The Sun said Picardo will not apply to a court on Thursday to extend the detention order.

One of the sources said, “There is no reason to keep Grace 1 in Gibraltar a moment longer if we no longer believe it is in breach of sanctions against the Syrian regime. That is now the case, so you can expect to see her on her way tomorrow.”

The supertanker, carrying 2.1 million barrels of oil, was boarded by UK marines and Gibraltarian police on July 4. London said it was taking the oil to the Assad regime in Syria, violating European Union sanctions.

The Revolutionary Guards responded by seizing the Swedish-owned Stena Impero on July 19, after the Supreme Leader vowed retaliation against “UK piracy”.