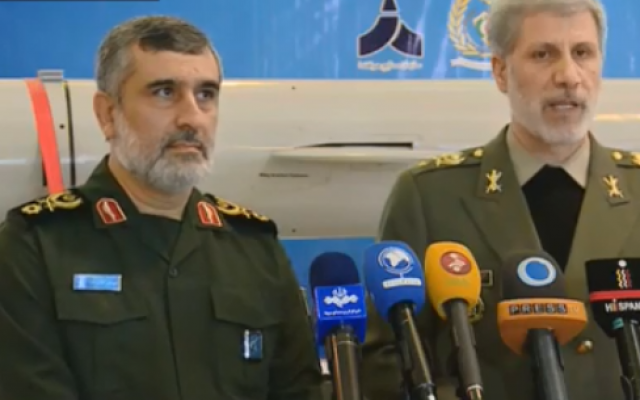 Brig. Gen. Alireza Sabahifard, commander of army air defenses, proclaimed, “This system has high capabilities and can detect all types of cruise and ballistic missiles and drones.”

Sabahifard said the Falaq mobile radar installation was a locally-developed version of a system which had been out of operation. He did not give the country of origin; however, the Falaq appeared to be an upgrade of the Russian Gamma system, using the locally-made Sayyad-3 missile with a range of 150 kilometers (93 miles).

Iranian media claimed that the country’s engineers had been spurred to “fully reconstruct” Falaq because of “sanctions, lack of spare parts, and the inability of foreign engineers to repair” the existing system.

“Once again, the brave youth of Army Air Defense Force succeeded in overhauling another system which was out of operation for so long. They carried a heavy work which manufacturers of this system couldn’t do,” Sabahifard exulted.

Tension between Iran and the US has risen since Donald Trump’s withdrawal from the 2015 nuclear deal in May 2018, and the imposition of comprehensive American sanctions from November.

Last month Trump approved US airstrikes inside Iran on radar and anti-aircraft batteries, after the Revolutionary Guards downed an American drone. However, he quickly reversed the order as planes and warships were four hours away from firing missiles.

Tankers have been attacked in the Strait of Hormuz, through which 1/5 of the world’s oil passes. On July 19, the Revolutionary Guards seized a UK-flagged tanker, retaliating for Britain’s impounding of an Iranian supertanker off the coast of Gibraltar two weeks earlier.