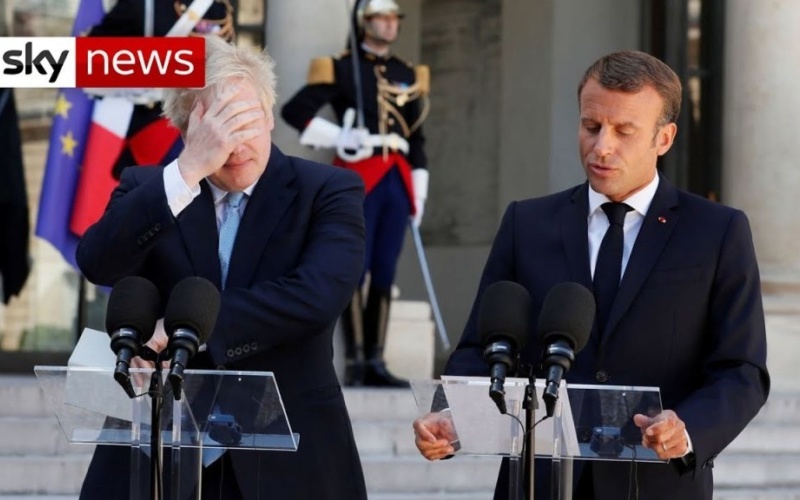 In our latest 15-minute Week in Review, I chatted with talkRADIO’s Paul Ross on Friday about the latest developments in the UK’s Brexit shambles.

We take apart Prime Minister Boris Johnson’s deceptive presentation of “success” in trips to Berlin and Paris, explaining how German Chancellor Angela Merkel and French President Emmanuel Macron reaffirmed that the European Union will not sacrifice the Irish backstop — but Johnson is spinning all the way to a No Deal exit from the European Union on October 31.

Can he be stopped? We look at the possibilities in Parliament and a General Election.

Then we explain how Donald Trump’s attempt to divert from ominous economic news with “I’ll Buy Greenland” backfired, leading to his wounded ego starting a diplomatic row with Denmark — and returning attention to the possible downturn threatening his re-election effort.

See EA on BBC: Trump and Greenland — From Distraction to Temper Tantrum
TrumpWatch, Day 944: Trump Flounders Over Debt, Amid Cut in Job Gains