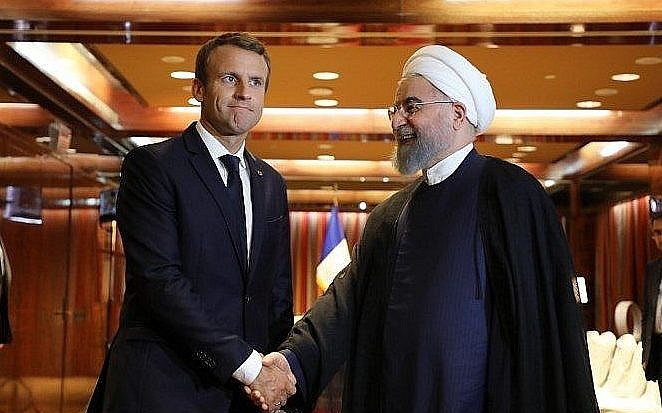 French President Emmanuel Macron has launched another effort to mediate between Iran and the US, hoping to salvage the 2015 nuclear deal and reduce the risk of military confrontation.

Ahead of this weekend’s summit in Biarritz, Macron offered on Wednesday an easing of sanctions or a mechanism to bypass the restrictions “to enable the Iranian people to live better”, in return for Tehran’s full compliance with the agreement with the remaining 5+1 Powers (France, UK, Germany, Russia, China).

Donald Trump withdrew the US from the accord in May 2018 and Washington imposed comprehensive sanctions in November, tightening them this spring. Meanwhile, the prospect of a clash rose with attacks and detentions of tankers and downing of drones in the Persian Gulf and Strait of Hormuz, through which 20% of the world’s oil passes.

Macron tried last month to ease tensions, after Trump approved but then called back US airstrikes inside Iran. After the French leader spoke with Trump, Iranian President Hassan Rouhani said Iran will return to its commitments under the nuclear deal if the US eases sanctions.

Failing to complete a link with Europe to prop up its troubled economy, Iran has broken the deal’s limit on stocks of 3.67% uranium, raised enrichment to 4.5%, and said it may return to the production of 20% uranium which it pursued before the 2015 agreement. Rouhani has announced resumption of construction of the Arak heavy reactor, suspended under the deal until a redesign halted the by-product of plutonium, which can be used in a military nuclear program.

Iranian Foreign Minister Mohammad Javad Zarif said that he is looking forward to a discussion with Macron in Paris on Friday: “There are proposals on the table, both from the French and the Iranian side, and we are going to work on those proposals.”

However, Zarif emphasized that Iran will not accept US interference in the Persian Gulf.

Washington is trying to organize a coalition for escort of tankers and other shipping through the Strait of Hormuz, following attacks on two tankers — for which responsibility has not been established — and the Iranian Revolutionary Guards’ detention of the UK-flagged Stena Impero on July 19, in retaliation for the impoundment of an Iranian supertanker in Gibraltar’s waters two weeks earlier.

The Iranian supertankers, renamed and reflagged, was allowed to leave Gibraltar on Sunday with a court ordering its release and rejecting a last-minute approach by the US Justice Department.

Speaking in Norway, Zarif warned Washington, “It’s clear that the US intention…[with a] naval presence in the Persian Gulf is to counter Iran….Don’t expect us to remain quiet when somebody comes to our waters and threatens us.

He continued the defiance: “Will there be a war in the Persian Gulf? I can tell you that we will not start the war…but we will defend ourselves.”

Defense Minister Amir Hatami proclaimed, “With this long-range air defense system, we can detect…targets or planes at more than 300 km (190 miles), lock it at about 250 km, and destroy it at 200 km.”