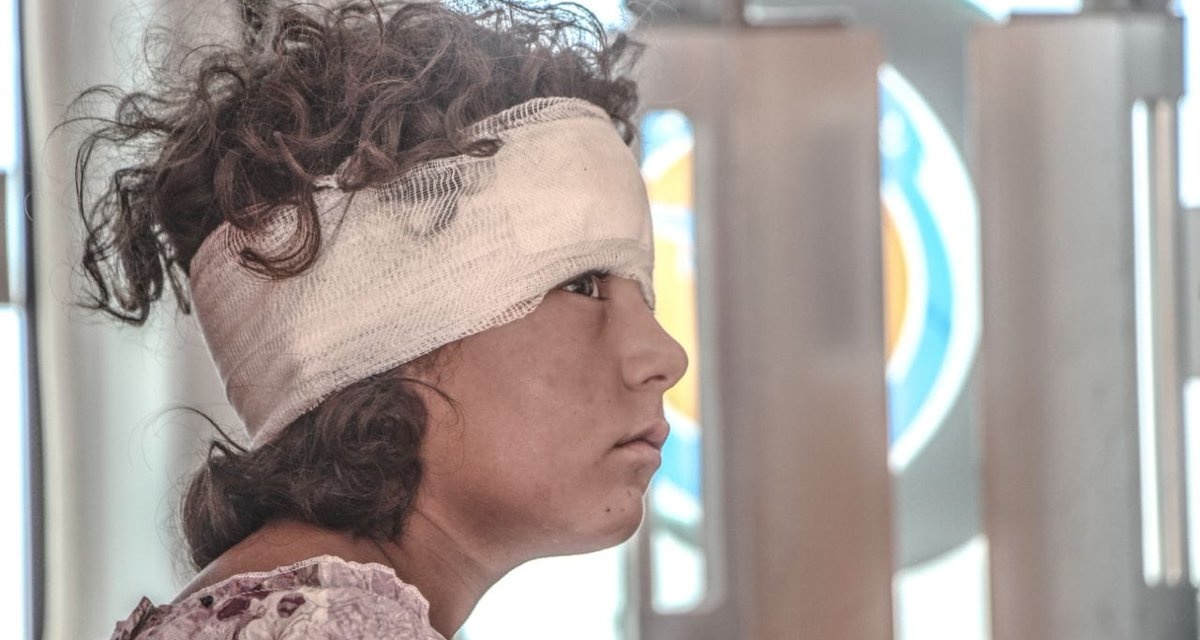 The UN has detailed the mass killings and displacement of Syrians by the Russia-regime offensive in the northwest of the country.

The Office for the Coordinator of Humanitarian Reports set out the details in a situation report as of Friday.

The agency confirmed that more than 500 civilians have been killed, noting that local groups put the total at almost 900 slain, and more than 400,000 displaced since May 1.

With some civilians fleeing multiple times, the total number of displacements is put at 576,000, most of them towards the Turkish-Syrian border as the Russia-regime offensive has swept up almost all of northern Hama and part of southern Idlib Provinces.

2- More than 850,000 civilians have been displaced by Russia and regime forces during its recent military campaign against #Idlib and #Hama, after their homes and city infrastructure were completely and deliberately destroyed. pic.twitter.com/dqqfNO47xE

The OCHA reconfirmed, despite the denials of Assad supporters, that the greater Idlib area has about 3 million Syrians — about 20% of the remaining population of the country. More than half of the civilians are children, and a quarter are adult women.

Of the more than 500 victims documented by OCHA, about 180 were children and 145 adult women. At least 43 strikes on medical facilities or personnel have been recorded, and there have been 87 attacks on educational facilities and several water stations have been damaged or destroyed.

Less than 5,600 people were reached by “protection services” in August.

One of the fleeing civilians, Abdul Kareem Arnoos, summarizes, “There is no humanity left. It’s doomsday.”

Despite a demilitarized zone around Idlib and Hama, declared by Russia and Turkey last September, Assad regime forces shelled the area. Then in late April, the regime’s military — enabled by Russian airstrikes and ground “advisors” — began their offensive against the last major opposition territory in the country.

The assault stalled in mid-May after taking several towns and villages. However, at the start of August — after talks between Russia, Turkey, and Iran that were supposed to seek a political resolution — the offensive was renewed and broke the anti-Assad resistance.

On Thursday, Russian and regime forces completed the recapture of northern Hama, except for a small area around an isolated Turkish observation post at Morek.

In the last week, the offensive also has taken the “ghost town” of Khan Sheikhoun and the area to the south in southern Idlib Province.

The offensive is expected to continue north along the M5 highway from Aleppo to Homs, unless it faces Turkish intervention.

Turkey tried to send a 28-vehicle convoy to the south of Khan Sheikhoun, establishing two positions, before the fall of the town. Assad regime shelling killed three people and wounded 12, and Russian bombing of the M5 ensured that the convoy was stalled.

But Putin firmly rejected the appeal, with the Kremlin claiming the presidents agreed to “activate mutual efforts with the goal of liquidating the terrorist threat” in Idlib Province.

Erdoğan is expected to travel to Moscow on Tuesday.

The Turkish President has repeatedly warned of another surge in refugees from any offensive, with Turkey already hosting more than 3.6 million Syrians. On Tuesday night, Turkish national intelligence chief Hakan Fidan and Presidential spokesman Ibrahim Kalin traveled to Moscow for urgent talks with Russian and Assad regime officials, following the isolation of the Turkish observation post at Morek.

Syria Daily, August 22: Turkey and Russia in Talks Over Fate of Opposition-Held Northwest

The observation post is one of 12 that Turkey set up around the now-shattered demilitarized zone. Another seven may be caught up in a Russia-regime push through Idlib Province up the M5 highway.