Syria Daily: “Idlib on the Brink of a Nightmare” — Humanitarian Agencies 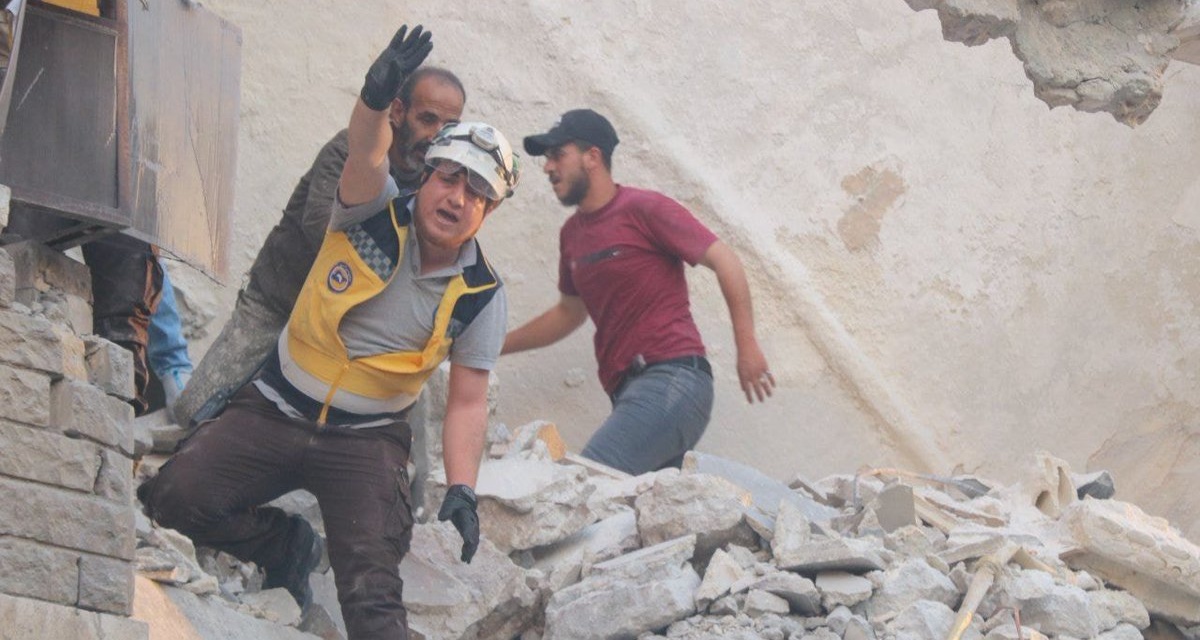 A White Helmet rescuer asks for help as he digs through rubble after a pro-Assad airstrike on Ma’arat al-Num’an in Idlib Province, May 15, 2019

Eleven humanitarian agencies warn that opposition territory in northwest Syria, with an estimated 3 million people, is “on the brink of a nightmare” amid bombardment by Russia and the Assad regime.

In a video address, #TheWorldIsWatching, the humanitarian staff said “too many have died already”, in bombing and shelling that has killed more than 400 civilians since late April. “Even wars have laws,” they say as they note the Russian and regime assaults on hospitals, schools, and markets.

“Idlib is on the brink of a humanitarian nightmare unlike anything we have seen this century,” the agencies conclude.

Russia and Turkey declared a demilitarized zone around Idlib and northern Hama last September, but the Assad regime never observed the ceasefire, periodically bombarding the periphery of the area. The attacks escalated from February, and Moscow then joined Assad forces in bombing across Idlib and an offensive northwest Hama Province.

The offensive quickly took several towns and villages. However, it was soon checked by rebels and the Islamist bloc Hay’at Tahrir al-Sham, and a counter-offensive last month retook some of the territory.

Meanwhile, the ongoing assault on Idlib has displaced at least 330,000 people, many of whom had fled to the province from other areas of Syria.

CNN’s Arwa Damon reports from a makeshift camp in an olive grove near the Turkish border:

In attacks in the past two weeks, more than 30 civilians have been killed. Five rescuers were slain — three in bombing of an ambulance, and two in a “double-tap” strike by Russian warplanes.

A Turkish soldier also died from regime fire on one of Turkey’s 12 observation posts around Idlib and northern Hama.

The UN’s senior humanitarian adviser on Syria, Najat Rochdi, noted the killing of rescuers and said, “Everything needs to be done to protect civilians. Universal principles and values must prevail when so many innocent lives are at stake.”