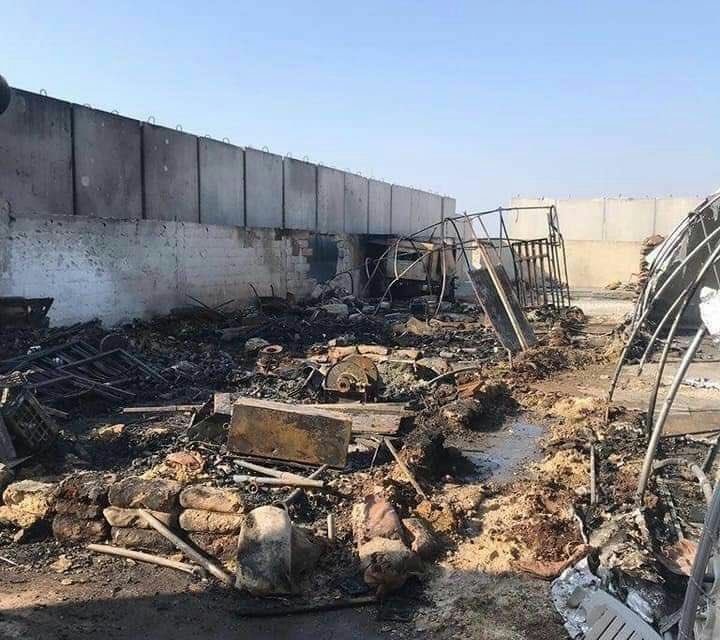 In its latest attack on a Turkish observation post in northwest Syria, Assad regime forces killed a soldier and injured three on Thursday.

As it bombards Idlib Province and pursues a Russian-supported offensive in neighboring northwest Hama — shattering a demilitarized zone declared last autumn by Moscow and Ankara — the regime has periodically fired on Turkey’s 12 observation post to enforce the zone. But previous mortar fire had only slightly wounded Turkish troops who were evacuated.

The Turkish Defense Ministry said that two attacks in two hours were judged to be deliberate and that fire was returned on the regime position.

The ministry said Russia’s Ankara attache was summoned to military headquarters in connection with the attacks and was told that the attacks will be “punished in the strongest way”. Foreign Minister Mevlüt Çavuşoğlu said, “Russia needs to fulfill its responsibility here.”

On Thursday, Russia’s attache was summoned to military headquarters and told that the attacks will be “punished in the strongest way”, the ministry said.

#Hama
The moment one of the shells landed on the Turkish point in Sheer Maghar. pic.twitter.com/I7yh2c1Sii

Despite fears of more displaced Syrians adding to 3.6 million refugees already in Turkey, the Erdoğan Government has been limited in its criticism of attacks which have added to more than 330,000 who have fled their homes. However, reports indicate that Turkey has been supplying weapons to anti-Assad forces who have not only checked the Russian-regime offensive, which began May 6, but regained territory in a counter-attack.