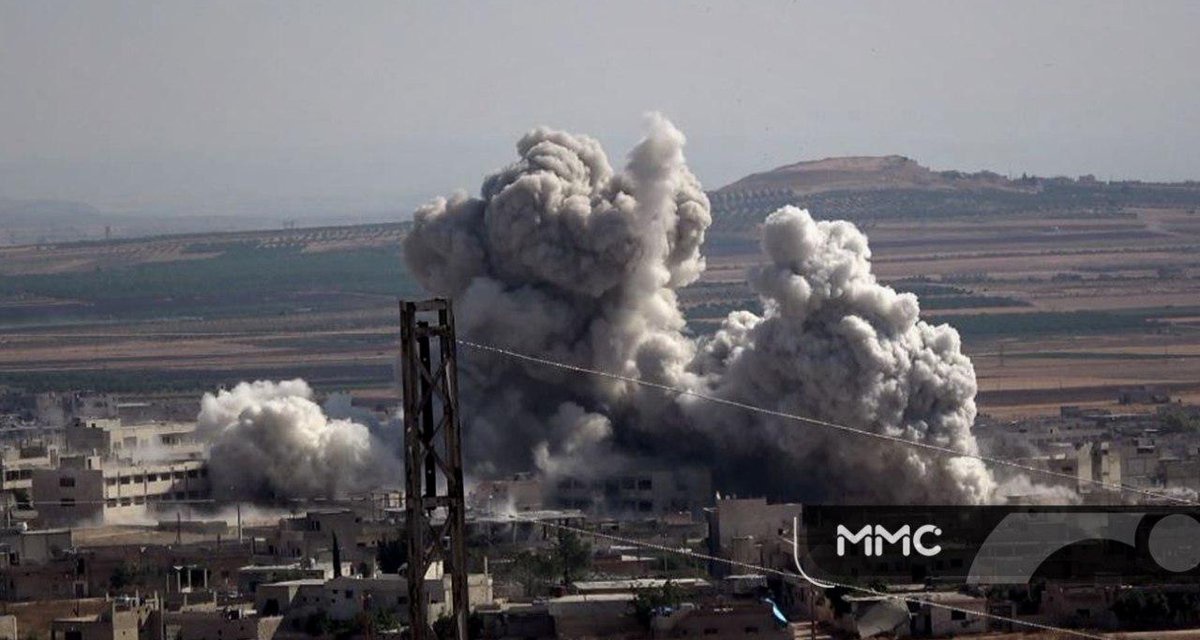 Stalled in their offensive in northwest Syria, Assad regime forces are blasting the “ghost town” of Khan Sheikhoun in Idlib Province.

Citizen journalists and local activists reported a sustained assault throughout Friday and Saturday, inflicting further damage on a town which has been largely destroyed and emptied by months of bombardment.

Khan Sheikhoun has been repeatedly struck because of its positions on the M5 highway linking Aleppo and Homs. In April 2017, the Assad regime used the nerve agent sarin, killing about 90 people and injuring hundreds.

Khan Sheikhoun had a population of about 35,000 before the Syrian uprising in 2011. Numbers swelled during the conflict, with the entry of people displaced from other parts of the country. However, regime bombardment, breaking a demilitarized zone declared last September by Russia and Turkey, largely emptied the town by February: residents moved to other parts of Idlib closer to the Turkish border.

The pro-Assad blog Al Masdar, used as an outlet by the regime’s military, said that there were more than 30 strikes and that the Russian air force was involved. Headlining “Russian, Syrian Forces Launch Largest Attack of Year on Jihadist Stronghold”, it presented the assault as retaliation for an anti-Assad counter-attack in northwest Hama Province.

A Russian-regime offensive in Hama, which began May 6, has been stalled after taking several towns and villages in the first two weeks. Rebels and the Islamist bloc Hay’at Tahrir al-Sham regained part of the lost territory last month and carried out a damaging raid on a hilltop position last week, inflicting heavy casualties.

Russian-regime attacks have killed at least 600 civilians, including more than 150 children, in Idlib since late April. More than 2,100 people have been injured, and at least 330,000 of Idlib and northern Hama’s 3 million population — about 20% of those remaining in Syria — have been displaced.