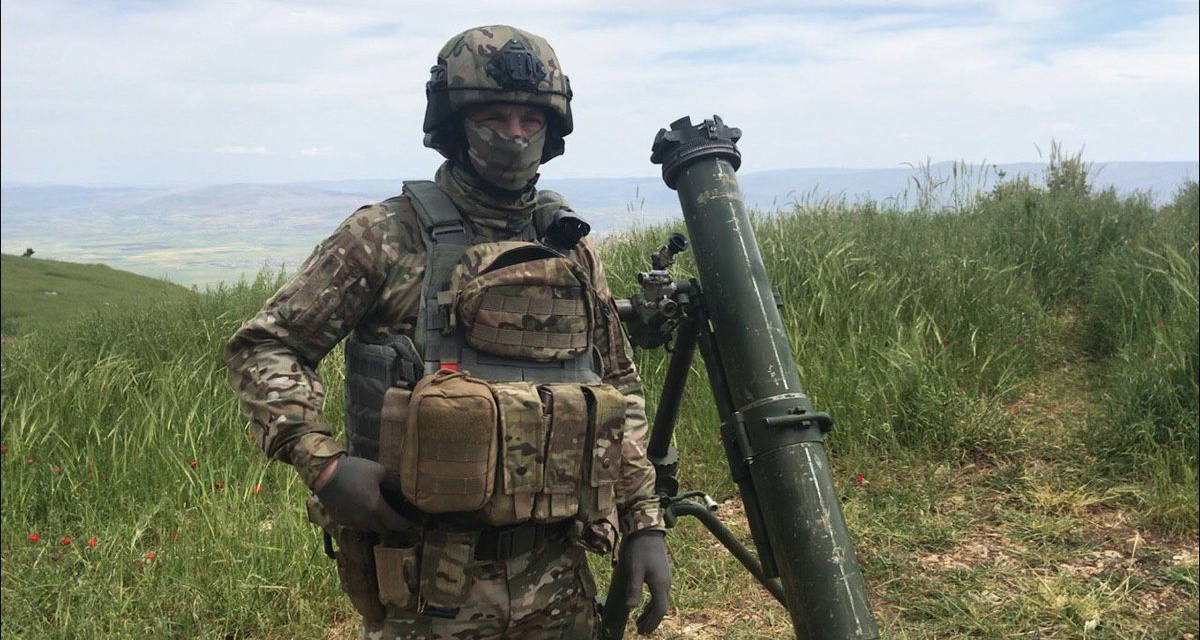 Rebels claim that Russia has put special forces into a stalled Russian-regime offensive in northwest Syria.

Russian military advisors have been directing operations in the May 6 offensive, but this would be the first time that Moscow has put troops on the battlefield.

The NLF said Russian troops were involved in the battle last week to retake the hilltop Humaimat village in northwest Hama Province last week. Rebels raided it and seized heavy weapons and ammunition, inflicting significant casualties on Assad units, and the regime’s military failed in several attempts to reoccupy the territory.

“When al-Assad’s forces failed to advance, Russia then intervened directly…after bombing the area with more than 200 sorties,” Mustafa said.

The head of the rebel faction Jaish al-Izza, Jamil al-Saleh, echoed, “The Syrian army found itself in a crisis and were forced to ask for Russian troops on the battlefield.”

“Russia Has Been Exposed to Defeat”

The Russian-regime offensive, shattering a demilitarized zone around northern Hama and Idlib Province declared last September by Moscow and Turkey, initially took several towns and villages in northwest Hama. However, even intense Russian airstrikes could not prevent the stalling of the assault, and rebels and the Islamist bloc Hay’at Tahrir al-Sham recaptured some of the territory last month.

Mustafa asserted, “Russia did not only fail but has been exposed to defeat.”

Jaish al-Izza’s Saleh added, “In light of the size of artillery and aerial bombing, the Russians and the regime had expected to seize large areas.”

Russian State media did not comment on the rebel claims, first reported by Reuters.

The pro-Assad blog Al Masdar, a channel for declarations from the regime’s military, announces this morning that Assad forces have “begun the second phase of their northwestern Syria offensive after taking a month-long hiatus between mid-June and mid-July”.

The blog says the assault is led by the 4th Armored Division and the Tiger Forces militia, but makes no mention of Russian ground involvement.