EA on BBC, RFI, and talkRADIO: Trump’s Racist Tweets — and How to Respond 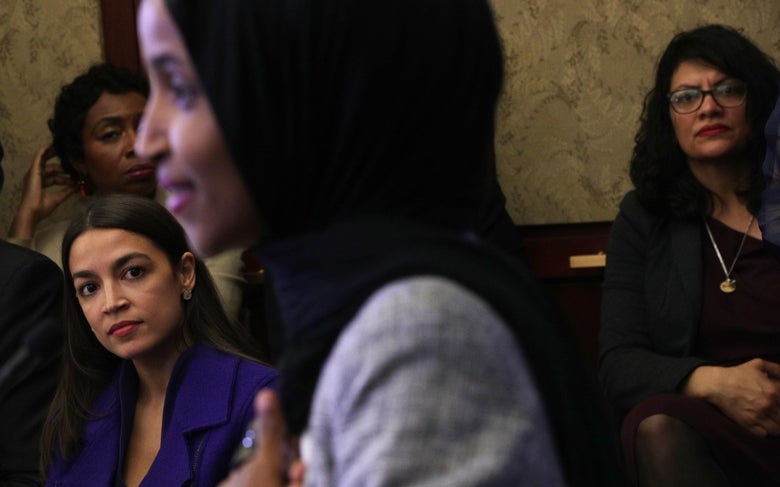 A 10-minute discussion with BBC 5 Live’s Laura Whitmore, talking through the challenge for America of dealing effectively with Trump’s attacks:

I think this is the most critical election for America since 1945. Because this is not just about Donald Trump — it’s about whether this race-baiting, whether this Islamophobia, whether this hostility towards women triumphs or whether we find a better way.

My 10-minute chat with Christina Okello of Radio France International about Trump’s tweets as a “nightmarish” preview of his approach to the 2020 President election.

They will try to run on the idea that “extremists” have taken over the Democratic Party: “radicals”, “enemies of the US” trying to subvert America from within.

It’s easier for them to run on that rather than trying to engage with the issues, at least with Donald Trump as the spokesman.

I spoke further with BBC outlets on Tuesday as Donald Trump continued his racist and derogatory tweets and remarks, and as Democratic Congresswomen responded by taking the higher ground on issues: “We cannot, will not be silenced.”

He was offensive, he was deceitful, and, yes, he was racist — it’s this degrading and corroding of decency. In contrast, the four Congresswomen have tried to go high. It’s those issues we have to keep discussing as Trump tries to divert us with his offensive and racist rhetoric.

A discussion alongside Greg Swenson of Republicans Overseas UK: “Let’s get this back to where America is going with serious issues such as health care, education, the economy, and immigration — and do it on the basis of decency and tolerance.”

I joined BBC TV and radio and talKRADIO on Sunday and Monday to discuss Donald Trump’s re-election tactic of racist tweets at Democratic Congresswomen, and how to respond to them.

This is not a one-off tweet. This is an election tactic by Donald Trump or Trump’s advisors to say that the Democratic Party has been taken over by these progressive Congresswoman who are “extremists” and “radicals”.

This tactic, not only over race but aiming at strong women, will continue until November 2020….

But the other part, which is important, is the response of “He goes low, We go high”. This response is to raise issues of education, health care, economic justice, US foreign policy, climate change.

Is it Donald Trump’s politics or this progressive alternative, in not only policies but also language, that begins to take hold of America?

Listen to BBC World Service from 19:21

I’m not a Trump advisor — they won’t let me — but I say you run on the economy next year.

I cannot tell you if that will work. All I can say is that 2020 is one of the most American election since 1945 because this is not just about Donald Trump — it’s about a politics which pits American v. American on racial and religious lines and on our fundamental values.

He is targeting women who come from a variety of religious, racial, and ethnic backgrounds — part of what, in normal times, we would have celebrated as the diversity of America.

But we are in abnormal Trumpian times, aren’t we?