Syria Daily: Russia to Turkey — No Ceasefire in Northwest 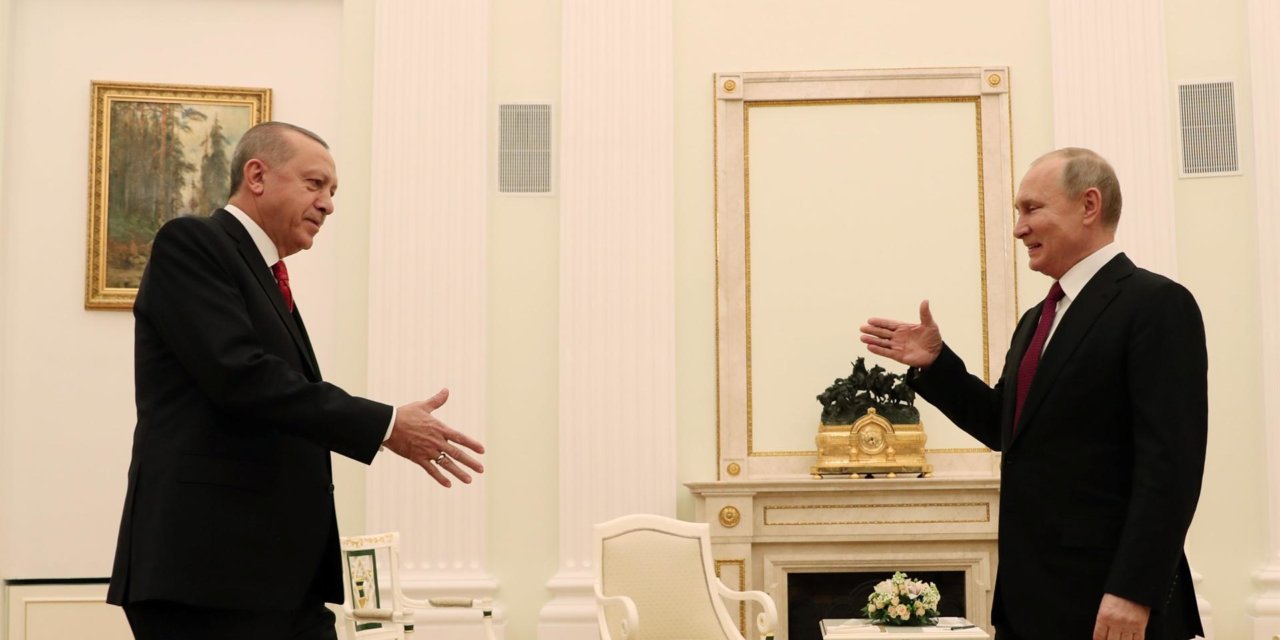 Russian President Vladimir Putin has firmly rejected a request from Turkish counterpart Recep Tayyip Erdoğan for a halt to the Russian-regime offensive in northwest Syria.

We really do need a ceasefire in Idlib and what needs to be achieved is for the terrorists to stop firing on civilian targets and on certain facilities where our troops are located….

This is the responsibility of the Turkish side.

The Russian-regime offensive began May 6, shattering a demilitarized zone declared by Moscow and Ankara last September around Idlib and northern Hama Province. The last major opposition area is home to an estimated three million people — about 20% of Syria’s remaining population.

The assault initially seized several towns in northwest Hama, but has been checked by counter-attacks by rebels and the Islamist bloc Hay’at Tahrir al-Sham.

Meanwhile, Russian and regime bombing and shelling has killed about 300 civilians since April 28. Hundreds more have been wounded and more displaced, bringing the total to more than 300,000. Almost 30 medical facilities have been destroyed or damaged.

Even before the May 6 offensive, the Assad regime escalated its bombardment of the opposition area. Russia joined with occasional airstrikes, on the grounds that it was targeting “terrorists”.

HTS responded with fire on regime forces and raids on checkpoints in northern Hama, and there were drone and rocket attacks on the main Russian airbase at Hmeimim in western Syria.

Before the Kremlin statement, Turkish media offered a brief summary that Erdoğan had “stressed to Vladimir Putin that casualties in Syrian regime attacks near Idlib mostly targeting civilians should be prevented, and the risk of a rising wave of migration should be eliminated”.

Turkey has an estimated 3.6 million Syrian refugees, and has closed its border to any more entries.

Ankara has said nothing since Putin’s subsequent rejection. Instead, headlines feature the Foreign Ministry’s statement that Turkey will buy Russian S-400 air defense systems despite US objections.

Turkish forces have been alongside rebels in northwest Syria since August 2016, initially pushing out the Islamic State and then taking most of the Kurdish canton of Afrin in early 2018.

Turkey set up a ring of 12 observation posts around Idlib and northern Hama. Since the May 6 offensive, there have been several instances of pro-Assad fire on the posts, including on Thursday.

Ankara has offered no public response apart from limited statements, although there are reports that significant amounts of weapons have been supplied to the rebel National Liberation Front.

Relations between Turkey and Russia were strained in November 2015 when Turkish jet fighters shot down a Russian warplane which was en route to bombing opposition territory in northwest Syria.

After months of Russian pressure on Ankara, the situation was repaired in August 2016 when Erdoğan met Putin in Moscow. Reports claimed a deal was struck in which Turkey accepted the Russian-regime assault to reoccupy eastern Aleppo city, while Moscow accepted the Turkish military intervention in the northwest.