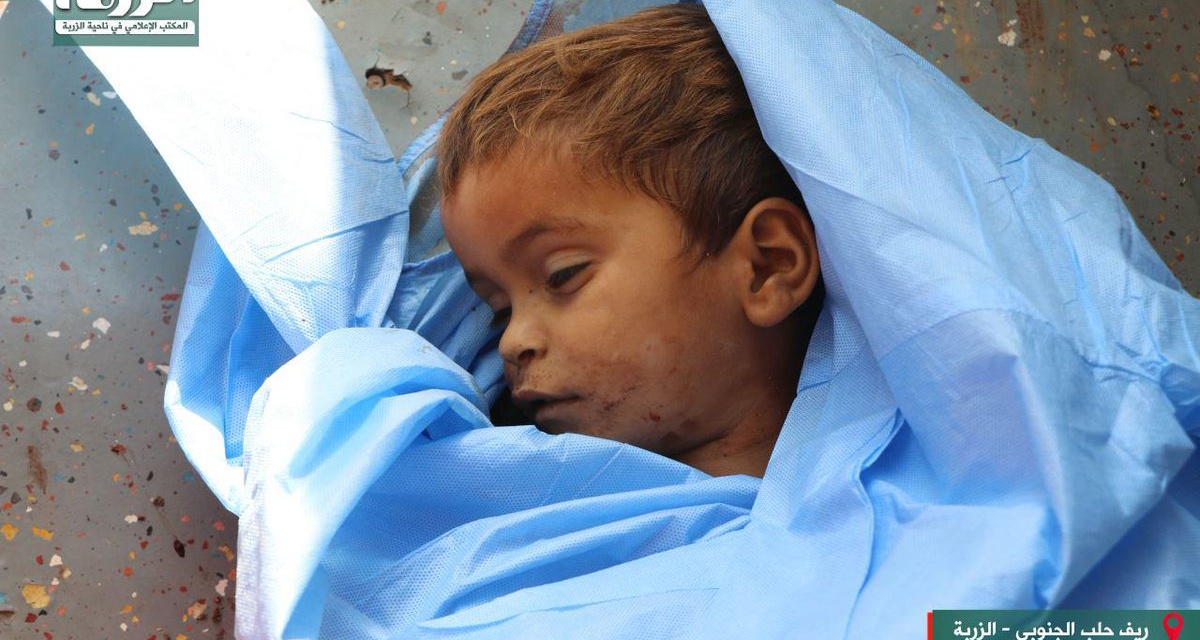 The attacks followed a relative lull of a few days in the strikes on civilian site across Idlib Province, adjacent to the Russian-regime offensive in neighboring northwest Hama Province since May 6.

Videos — too graphic to be shown on EA — showed rescuers retrieving mutilated bodies in Jabala.

2) 27 civilians were killed today, June 10/19, among them 8 children and 6 women. Most of the victims were killed in #Jabalah village in the southern countryside of #Idlib, where 12 people were killed by air strikes via regime aircraft which targeted the village this afternoon. pic.twitter.com/CnO3TPpaHb

12 people were killed, including 5 children and 3 women, and several families buried under the rubble of their houses, in a vicious massacre carried out by the regime's warplanes in #Jabala Town in southern #Idlib this evening. #Syria pic.twitter.com/jhVoWLPQ8c

At least 325 civilians — most of them women and children — have been slain and hundreds wounded since April 28. More have been displaced, bringing the total to more than 300,000 since last autumn despite a “demilitarized zone” declared by Russia and Turkey. ALmost 30 medical facilities have been attacked, and crops have been bombed to cut off food supply to the estimated 3 million people — about 20% of Syria’s remaining population — in Idlib and northern Hama.

Despite the assault to break civilian will and destroy infrastructure, the Russian-regime offensive has stalled in northwest Hama. The assault initially seized several towns, but was soon held up by the counter-attacks.

Last Thursday, rebels and the Islamist bloc Hay’at Tahrir al-Sham launched another counter-attack, seizing some of the territory lost in early May.