Iran Daily: Trump — I’ll Be Tehran’s “Best Friend” If They Give Up Nuclear Weapons 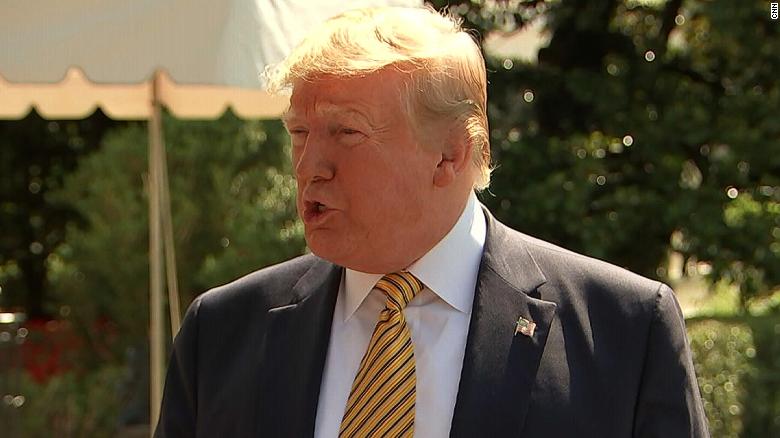 Continuing his U-turn away from military action inside Iran, Donald Trump has said he will be Tehran’s “best friend” if it commits to never obtaining the atomic bomb.

Trump did not refer to any of the 12 points that his Administration, through Secretary of State Mike Pompeo, has said Iran must meet before sanctions can be lifted. They include an end to all uranium enrichment for civil programs; an end to development of ballistic missiles; an end to Iran’s support of “terrorist” groups in the Middle East; an end to support of Yemen’s Houthi insurgency; and withdrawal of Iranian forces from Syria.

Iran’s downing of an unmanned American drone on Thursday led to all-day meetings in the White House, which culminated in Trump’s order on Thursday evening for strikes on Iranian radar and anti-aircraft missile positions.

But an hour later — with planes in the air and ships moving into position for pre-dawn attacks — Trump vetoed the operation. He later claimed this was because he was told that there could be up to 150 people killed by the raids.

See TrumpWatch, Day 883: Trump Creates Series of Reasons for Iran Flip-Flop
EA on Monocle 24: Inside Trump’s Head — Why He Vetoed US Airstrikes

Trump emphasized that the American drone was unmanned and then praised Iran for not downing a US spy plane and its crew in the area:

There was a plane with 38 people yesterday, did you see that? I think that’s a big story. They had it in their sights and they didn’t shoot it down. I think they were very wise not to do that.

And we appreciate that they didn’t do that. I think that was a very wise decision.

Iranian State media celebrated Trump’s statement. In a sign of trying to divide Trump from advisors who favored military operations and tougher economic sanctions on Iran, they juxtapose it with Secretary of State Pompeo’s statement accusing Tehran of “violence and disinformation”.

Press TV features the statement of US activist Myles Hoenig, “We are definitely seeing in the Trump White House a stark division between those who promote war and those who look for a more peaceful approach.”

While being conciliatory towards Tehran, Trump stressed that the US was maintaining economic pressure: “We are putting additional sanctions on Iran. In some cases we are going slowly, but in other cases we are moving rapidly.”

On Friday, as he justified his U-turn, Trump falsely said that he had imposed new sanctions on the Islamic Republic on Thursday evening.

Iran: We Executed Former Defense Contractor as “US Spy”

Brig. Gen. Amirali Hajizadeh, head of the Revolutionary Guards’ Aerospace Division, reiterated a firm line on Saturday: “This is our response to a violation of Iranian space and if the violation is repeated then our response will be repeated.”

He appeared to mirror Trump’s mitigating phrase from Friday that a rogue Iranian general might have ordered the downing of the dronw: “It’s possible that this infringement of the Americans was carried out by a general or some operators.”

But in a further show of determination, the regime announced the execution of a former Defense Ministry contractor on charges that he spied for the CIA and the White House.

Jalal Hajizavar was executed at the Rajai Shahr prison, west of Tehran, after he was convicted by a military court.

A statement said the contractor was dismissed in 2010 and had confessed that he was paid to spy for the US.

Hajizavar’s wife was given a 15-year prison term for taking part in the espionage.

The Secretary of the Supreme National Security Council, Ali Shamkhani, said on Monday that Iran had discovered and dealt a serious blow to CIA-run cyber-espionage network.

US media report this morning that the American military launched cyber-attacks against Iranian missile control systems and a spy network on Thursday after the downing of the US drone.