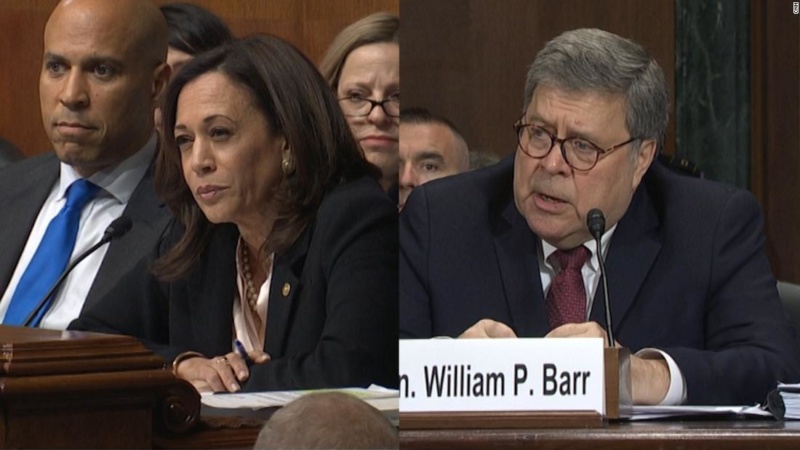 Attorney General William Barr, dedicated to protecting Donald Trump from consequences of the Mueller Report on Trump-Russia links and Trump’s obstruction of justice, testifies before the Senate Judiciary Committee.

Barr misleads — some might say lies — over his presentation of the Report since March 24, and about a letter of concern sent to him by Special Counsel Robert Mueller three days ago. He continues to undermine Mueller in an attempt to protect himself and Trump.

The Attorney General struggles when confronted by Democratic Senators about obstruction of justice and the false statement that the White House cooperated fully with Mueller — but their Republican counterparts work with Barr to the point of accusing Democrats and the FBI of assisting the Russians.