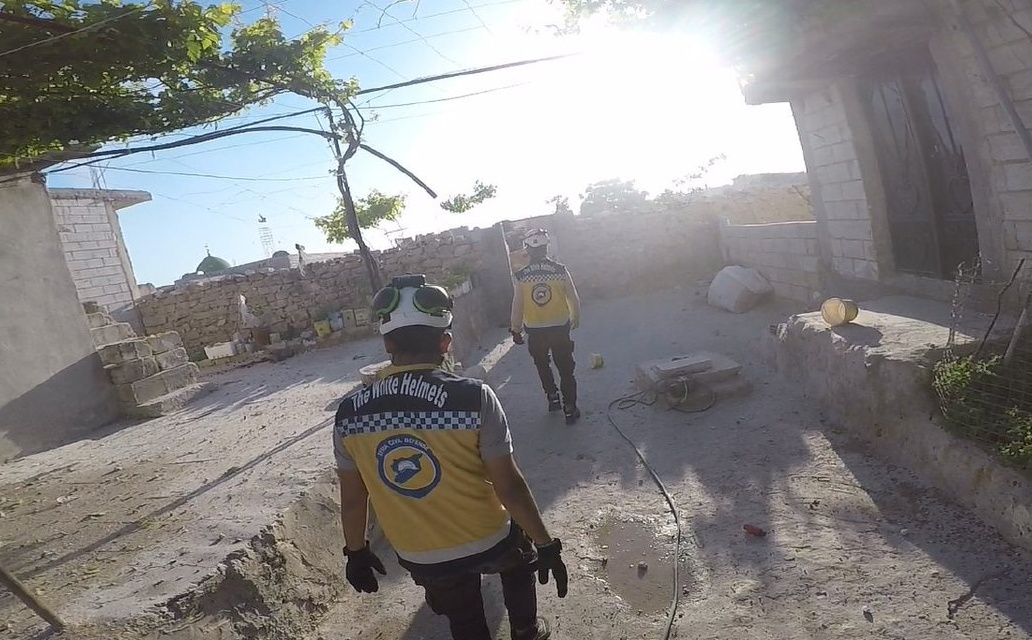 White Helmets civil defense after a rescue in Hesh in Idlib Province, Syria, May 14, 2019

At least 16 civilians were killed in the latest Russia-regime bombardment of northwest Syria on Tuesday.

Seven of the fatalities were in the city of Jisr al-Shughour in northwest Idlib Province, as Russian and regime forces pursue the 2nd week of a ground offensive in neighboring Hama Province.

Towns such as Hish and Termala were also bombed.

The White Helmets civil defense reported that shelling continued after midnight not only in Idlib and northwest Hama, but also outside the former “demilitarized zone” — shattered by the Russian-regime offensive — in western Aleppo Province.

The latest fatalities take the civilian death toll near 200 since late April. Hundreds more have been wounded, and at least 350,000 people have been displaced by pro-Assad attacks since September, despite the supposed demilitarized zone.

Pro-opposition activists said the Russian-regime ground assault slowly advanced in northwest Hama, after taking several towns in the past week. A rebel counter-attack was repelled on Monday by Russian airstrikes.

After months of escalating regime bombardment and Russian airstrikes across Idlib and northern Hama Provinces, the offensive was launched on May 6.

An estimated three million people — about 20% of Syria’s remaining population — live in Idlib and northern Hama.