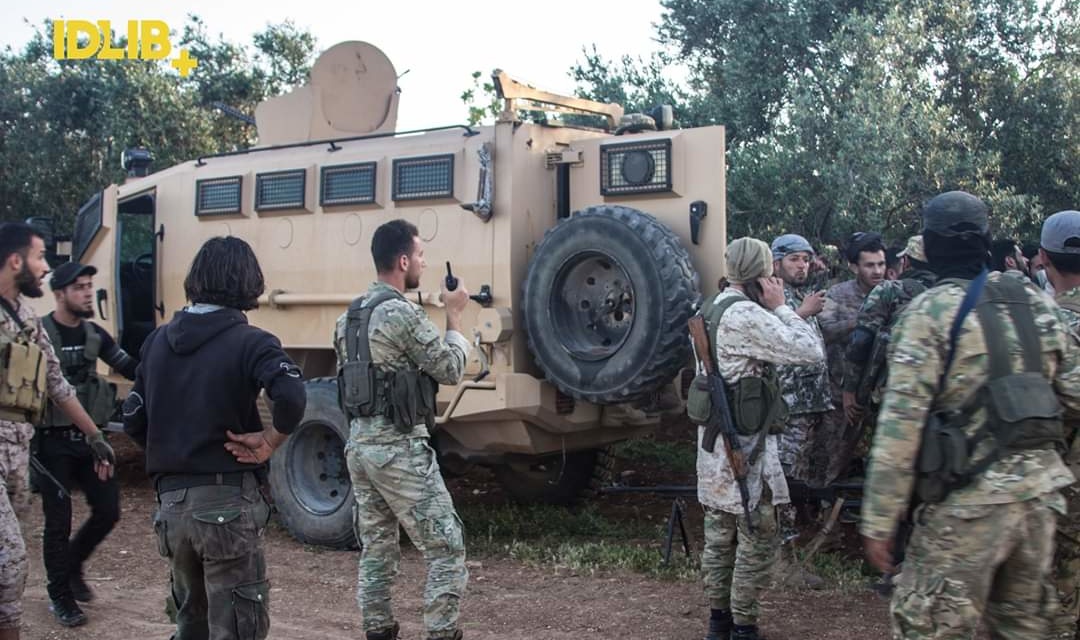 Russia and regime forces have repelled a rebel counter-attack, holding ground in their 10-day offensive to overrun part of opposition-held northwest Syria.

But by Tuesday morning the pro-Assad blog Al-Masdar, as usual citing a “military source”, said the rebels had been pushed back. The blog asserted, “The majority of the casualties from both sides were jihadists that ran in front of the Syrian Army’s machine gun fire.”

Pro-opposition activists also reported the failure of the counter-attack after initial advances, despite rebel use of armored vehicles for the first time. They gave the more plausible explanation that Russia and regime bombing checked the assault.

One activist summarized, “There won’t be any territorial gain by the end of the day. Impossible with such firepower on small front.”

The Russians also used incendiary munitions as they struck opposition territory near the town of Kafrzita.

On another front, rebels inflicted a setback on the pro-Assad offensive, inflicting heavy casualties as the regime forces tried to take the hilltop town of Kabani in neighboring northeast Latakia Province.

After months of escalating regime bombardment and Russian airstrikes across Idlib and northern Hama Provinces, the offensive was launched on May 6. It pushed aside the demilitarized zone declared last September by Russia and Turkey.

The offensive has taken several opposition towns in northwest Hama, such as Qalaat al-Mudiq and Kafr Naboudeh to reach the border of Idlib Province.

More than 150 civilians have been killed and hundreds wounded in the last two weeks by the Russian-regime bombardment. At least 350,000 have been displaced since September.

An estimated three million people — about 20% of Syria’s remaining population — live in Idlib and northern Hama.