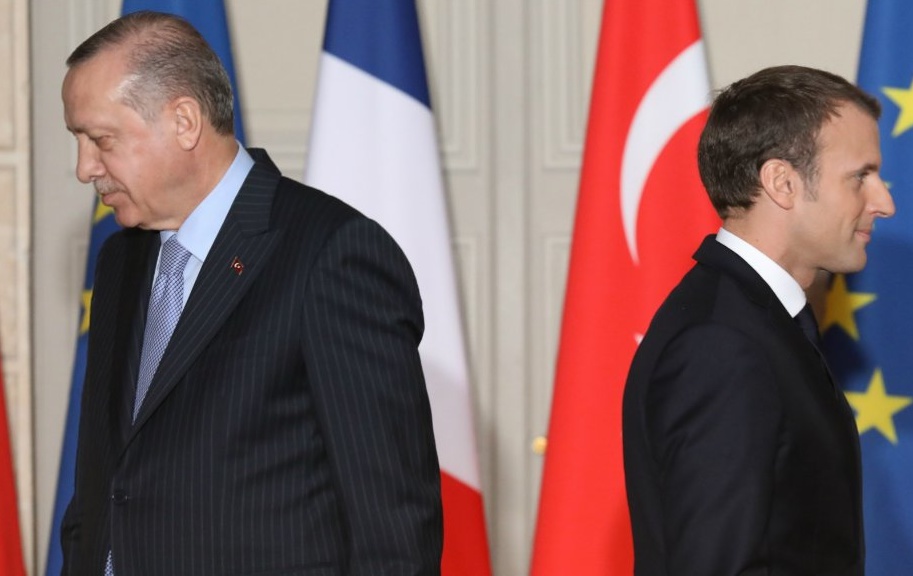 The US-supported SDF, whose biggest faction is the Kurdish militia YPG, has pushed the Islamic State out of north and northeast Syria. It now controls 27% of the country.

Ankara considers the SDF to be part of the Turkish Kurdish insurgency PKK, which has fought Turkey’s security forces for more than 30 years. Recep Tayyip Erdoğan has called for a 32-km (20-mile) deep “safe zone” across Kurdish areas along the Turkish-Syrian border, with no YPG presence.

Macron avoided any reference to Turkey’s dispute with the YPG, overseen by the Syrian Kurdish Democratic Union Party (PYD). He assured the SDF of the “active support of France in the fight against Daesh which continues to be a menace for collective security” and in the “handling of terrorist fighters held as prisoners along with their families”.

He accused Macron of “seeking to confer artificial legitimacy on a faction of terrorist groups”.

Macron’s office said the President had made clear the importance of “the security of Turkey and a de-escalation along the Syrian-Turkish border”.

But Aksoy said Macron’s reception of the SDF was not compatible with the French-Turkish alliance, and warned that “Turkey will not hesitate to take measures deemed necessary to protect its national security”.