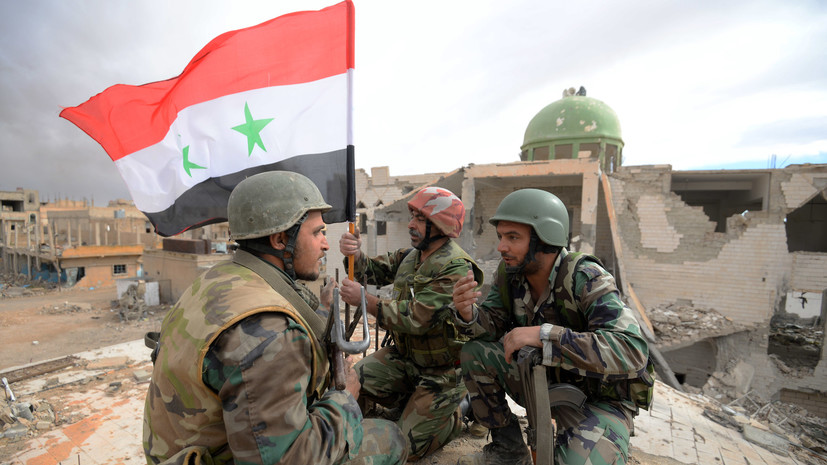 The regime’s military acknowledged that “a number of” its soldiers were slain by “terrorists”, with bad weather helping the attacks.

Syrian State TV and the military showed corpses, claiming a successful counter-attack. Ansar al-Tawhid said they were the bodies of suicide squads.

They have escalated the assaults since mid-February, killing more than 40 civilians, most of them women and children. The regime also carried out its first airstrikes in months.

Residents and activists says thousands of people have fled their homes, with Khan Sheikhoun — the site of an April 2017 sarin attack by the regime that killed about 90 people and injured hundreds — becoming a “ghost town”.

The regime has justified its attacks by declaring that rebels have broken last autumn’s ceasefire. Russia has provided support with President Vladimir Putin’s statement that “terrorists” must be eliminated.

The regime army warned on Sunday, “We will not idly stand by.” The Foreign Ministry issued a parallel statement: “We will not allow the terrorists and those behind them to persist in their attacks against innocent citizens and the forces of the Syrian Arab Army.”

Russian Foreign Minister Sergei Lavrov said on Sunday that Turkey, which has forces alongside rebels in the northwest, must assure September’s Sochi agreement. The accord suspended an imminent Russian-regime offensive to overrun the area.

More than 3 million people — about 20% of Syria’s remaining population — live in Idlib and northern Hama.