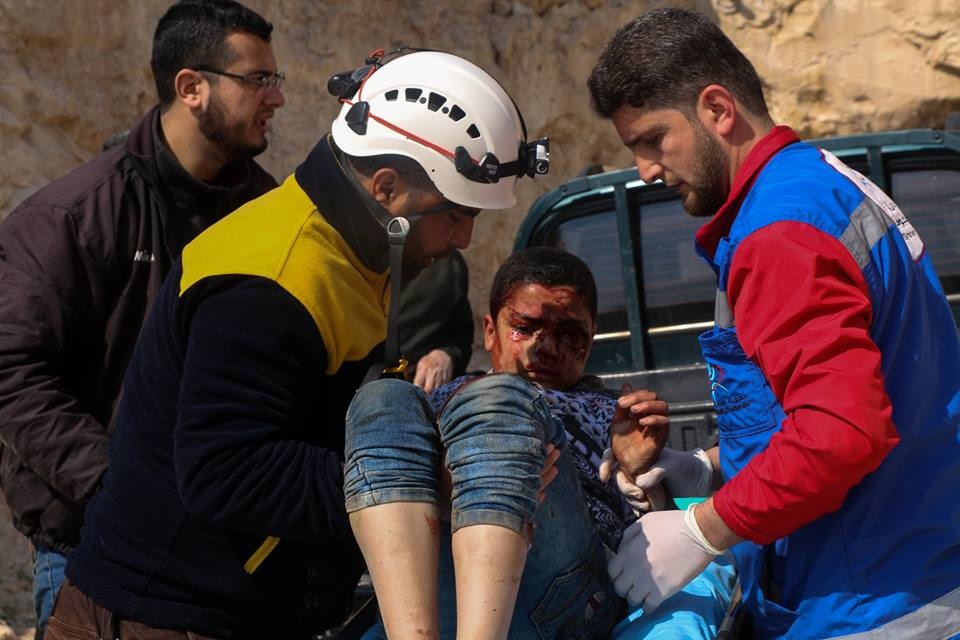 Assad Survived Syria’s Uprising. Can Syrians Survive in His Economy?

At least 11 people, including seven children, have been killed by today’s regime shelling of Idlib Province.

Claims are also circulating that the regime is carrying out airstrikes for the second day in a row.

The Assad regime has continued its killing of civilians in Idlib Province in northwest Syria, with at least 15 people slain this weekend.

The regime has periodically shelled in defiance of a Russian-Turkish demilitarized zone, and has stepped up the assault in the past 10 days. At least 37 civilians have been killed and scores injured in attacks on cities such as Khan Sheikhoun and Ma’arat al-Num’an. Most of the dead are women and children.

The regime also carried its first airstrikes in weeks on the opposition area of Idlib and northern Hama, with 20 raids on al-Tamanah, Khwein, Zarzour, and Sukaik.

Scenes from the rescue work by our #WhiteHelmets as they unearth a survivor from the rubble and then recover another man who perished in #KhanShaykhun city, #Idlib, after artillery shelling in the city yesterday. The attack killed 7 civilians and wounded 8 others. #Syria pic.twitter.com/vZOmyasFSb

Russia, the essential backer of the Assad regime, and Turkey — which has troops alongside rebels in the northwest — declared the 15 to 20-km deep zone around Idlib and northern Hama in September. Neither country has commented on the latest regime attacks, with Russian President Vladimir Putin asserting instead that “terrorists” must be removed from Idlib.

More than three million people — about 20% of Syria’s remaining population — live in the area, which has been held by the opposition since spring 2015.

Under Assad Regime Attack: A 1st-Hand Account from Idlib Province

A mural by Aziz al-Asmar, remembering the unborn child who was killed in his mother’s womb on Saturday: 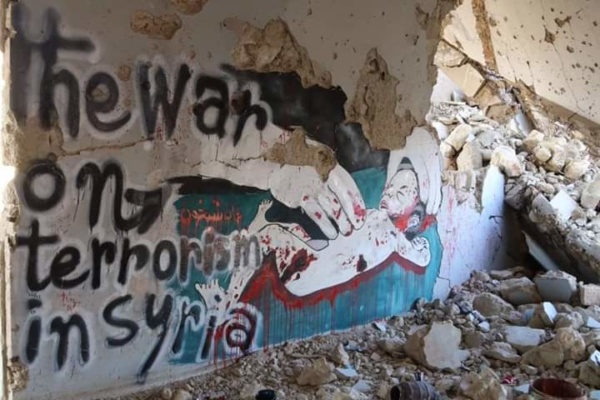 Bilal al-Kareem reports from the scene of an attack:

OGN on the scene as civilians are being slaughtered by artillery shelling in #Khan Shaykhun, Idlib! MUST WATCH AND SHARE! pic.twitter.com/9vAZ8pHBXh