Assad Survived Syria’s Uprising. Can Syrians Survive in His Economy? 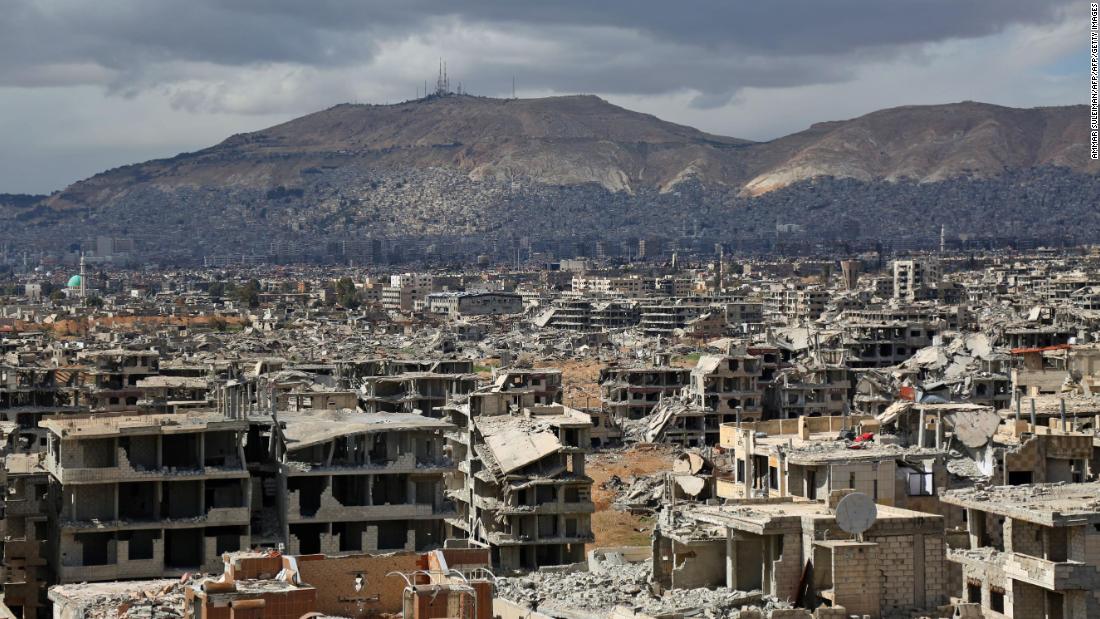 As reports mount of Syrians enduring an Assad regime “victory” — a loss of 75% of GDP with shortages, sharply-rising prices, and long queues for basic goods — London’s Financial Times asks, “Can Syria rebuild with Assad still in power?”

The answer tilts towards No. The article — by Chloe Cornish from Damascus and her colleagues Asser Khattab and Andrew England — reinforces other first-hand accounts of suffering and anger: “Only we can feel the effects of this war, and we are its fuel.”

So Much “Winning” — Suffering and Anger in Damascus

Cornish begins with a regime loyalist building a fizzy drinks factory near Douma, the opposition city overrun by pro-Assad forces with conventional and chemical attacks last spring. “Life did not stop in Syria,” he says.

But sharply-contrasting voices are soon heard. A worker in a Damascus hardware store summarizes, “Business is weak. We thought everything was going to get better because they solved the crisis, but the opposite [has happened].”

With the regime saying in the last month that life “might be more difficult…since the upcoming war isn’t military but economic in its nature”, meetings with Russia and Iran — the Assad regime’s essential backers — are not producing a surge in reconstruction, outside projects for the wealthiest Syrians which benefit Assad’s inner circle. Western countries are refusing to step in unless there is some possibility of a political transition, and US and European Union sanctions continue.

Labor and Social Affairs Minister Rima Kadiry insists, “Financial resources are limited but. ..we are directing the biggest mass of any available funding to restore production and revive the Syrian economy.” She claims support for the agriculture and industrial sectors, with priority for microfinance projects, small businesses, and entrepreneurs.

But a Syrian industrialist counters, “The government is running out of options. Everybody has been saying that 2019 is going to be a dire year for Syria economically and people are going to suffer as a result.”

A Damascus businessman seeks consolation that “it is a success to have [only] contracted by two-thirds to three-quarters because the objective of the last seven years has been to survive — so many went bankrupt”.

Corruption and the Grip of a Regime Elite

However, even the most diehard of Assad supporters concede that the situation is far different from the public line of the regime. Fares Shehabi — Aleppo MP, pharmaceutical factory owner, and a regime insider who is one of its loudest propagandists — says:

There are some warlords who made a lot of money. When people were in need, people made money out of this….No one likes to see this mafia flourish.

Another businessman adds, “All the strategic sectors were and will continue to be controlled by the government or government-related people.”

The owners cite the effect of sanctions, but also internal obstacles. Skilled workers have been lost to the eight-year conflict — fled, killed, or conscripted into regime forces. State bodies have seized property, raised taxes, and increased custom checks. Non-governmental organizations acting as unofficial state agencies have required “donations”. Infrastructure has been damaged, while Iranian and Russian companies are accused of grabbing natural resources with phosphate, oil, gas, and electricity contracts. In the legal system, “you cannot get your rights without corruption”.

Asked what chances there are for business in Syria, one entrepreneur answered, “The cake has been divided.”