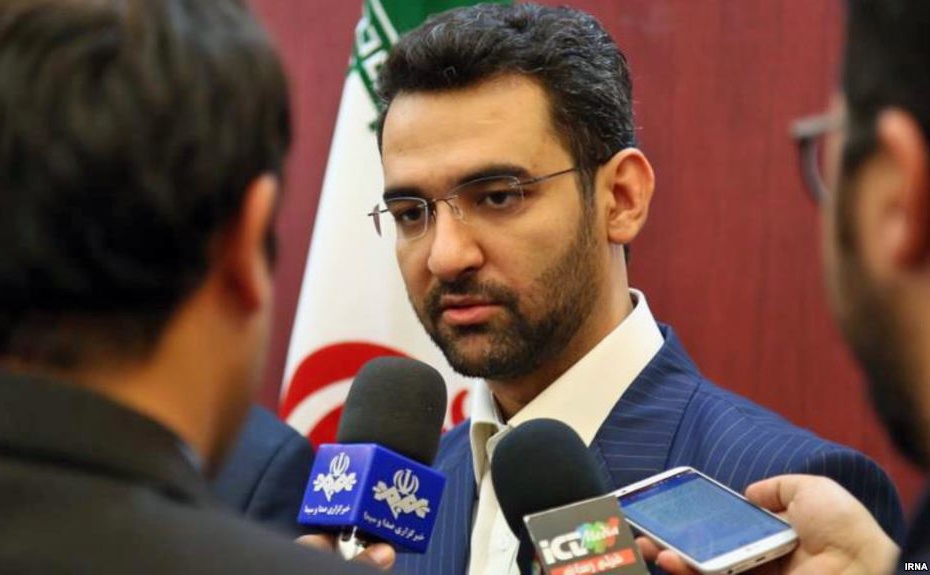 The complaint is the latest shot in an ongoing battle between the Rouhani Government, which wants to open up Iran’s communications and cultural space, and hardliners who blame dissident Iranians and foreign actors with attempts to undermine the regime.

Mohammad-Javad Azari Jahromi (pictured), the youngest minister in the Government at age 37, is accused of not following judicial orders over internet controls.

The minister said on his Twitter account last week that Iran is aiming to develop 5G communications in the next Iranian year from March 2019:

Heading towards 5G!…Now, all the Iranian cities and over 66 percent of villages have 3G/4G coverage. We do our best for development of public access in next year despite sanctions. The new generation of telecommunication is waiting for us!

Amid economic crisis and political in-fighting, hardliners have stepped up pressure on President Hassan Rouhani and his advisors. Ministers have been threatened with impeachment, and Rouhani’s brother and senior advisor Hossein Fereydoun has been put on trial for financial violations.