TrumpWatch, Day 710: Trump Digs In for The Wall and Trump Shutdown 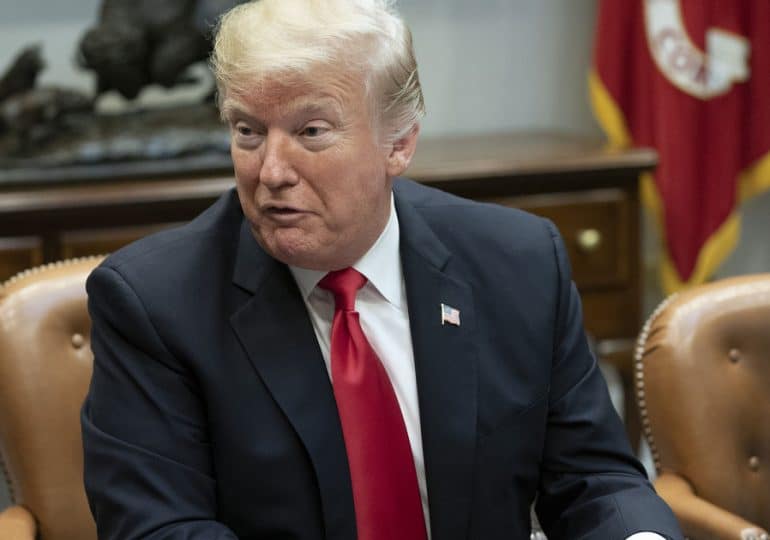 Donald Trump digs in for his Trump shutdown of the Federal Government, refusing to shift his demand for funding of The Wall with Mexico.

“People familiar with his thinking” are describing a Trump who is almost alone in the West Wing of the White House, with the TV always on. He is calling supportive members of Congress and conservative radio and TV hosts, telling them that he will not concede to reopen the Government.

The Government closed on December 21 when Trump refused a plan from the Senate, supported by Democrats and Republicans, for a continuing resolution for funding which included $1.3 billion for border security — but no dedicated money for The Wall.

The House of Representatives, with more pro-Trump Republicans, put the $5.7 billion for The Wall in its continuing resolution. However, Democrats take control of the House from Thursday and have pledged to reopen the Government with a resolution similar to that supported by the Senate.

If both houses adopted that version, that would force Trump either to veto the resolution or to give way on The Wall.

EA on CNN: “It’s Ego” — Trump Gets Desperate Over His Shutdown
EA on talkRADIO: “Snake Oil Salesman” Trump is Hoisted by His Own Shutdown

Senator Lindsey Graham, an ally who had lunch with Trump on Sunday, said Trump will not accept any deal without funding for The Wall, but he insisted that a compromise can be reached: “At the end of the day, there’s a deal to be had. We need to start talking again.”

Graham has suggested could provide Wall funding in return for work permits for about 800,000 “Dreamers”, who came to the US as children with undocumented immigrant parents. But he said Trump had not accepted the idea so far, and Democrats also have no interest in the plan.

John Kelly, the outgoing White House Chief of Staff, offered another opening in an interview published on Sunday. He said Administration officials had backed away from the original notion of The Wall long ago:

The President still says “Wall” — oftentimes frankly he’ll say “barrier” or “fencing”, now he’s tended toward steel slats. But we left a solid concrete wall early on in the administration, when we asked people what they needed and where they needed it.

That raised the possibility of existing border security proposals, such as enhanced fencing, being sold to Trump as his Wall or the alternative of “steel slats” which he has declared in recent weeks.

In the past week, Vice President Mike Pence and incoming White House Chief of Staff Mick Mulvaney have proposed $2.5 billion for border security, including fencing, although they have not ruled out money for “The Wall”.

Since the shutdown Trump has not shown any nuance beyond his 30-foot solid barrier. On Sunday, he maintained his bluster on Twitter:

Great work by my Administration over the holidays to save Coast Guard pay during this #SchumerShutdown. No thanks to the Democrats who left town and are not concerned about the safety and security of Americans!

Observers quickly exposed Trump’s attempt to shift responsibility, noting his pledge in a December 11 meeting with Senate Minority Leader Chuck Schumer and incoming House Speaker Nancy Pelosi, “I will be proud to take credit for a shutdown of our government over border security.”

Undeterred, Trump — who has put out a series of lies about the situation, including over the deaths of migrant children — bizarrely attempted a comparison between the residence of Barack and Michelle Obama and the US-Mexico border.

President and Mrs. Obama built/has a ten foot Wall around their D.C. mansion/compound. I agree, totally necessary for their safety and security. The U.S. needs the same thing, slightly larger version!