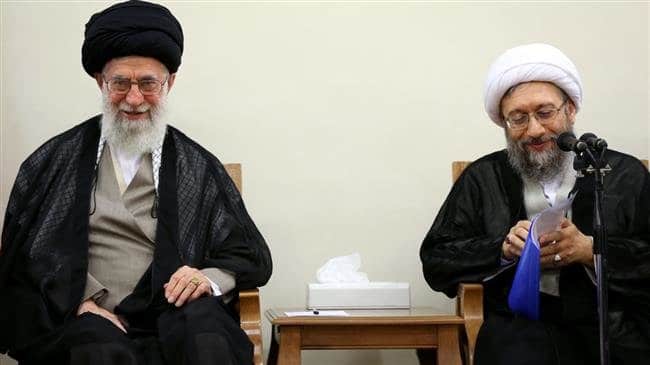 Iran’s Supreme Leader and the new chair of the Expediency Council, Sadeq Larijani

Iran’s Supreme Leader has appointed judiciary head Sadeq Larijani as the chair of the Expediency Council.

Larijani was also named as one of the six theologians on the 12-member Guardian Council. The Supreme Leader described him as a “hardworking and honest [religious] scholar” as judiciary head.

Ayatollah Khamenei’s appointment of Larijani, less than a week after Shahroudi’s death, pointed to the urgency of the situation amid economic problems and US sanctions. In 2017, Khamenei took almost eight months before naming Shahroudi.

Iranian media are speculating that Larijani’s appointment opens the way for hardline cleric Ebrahim Raisi to take over the judiciary.

Raisi unsuccessfully ran for President against Hassan Rouhani in 2017, and is the head of one of Iran’s most powerful religious foundations. He was also one of the five judges that ordered the execution of thousands of political prisoners in the late 1980s.