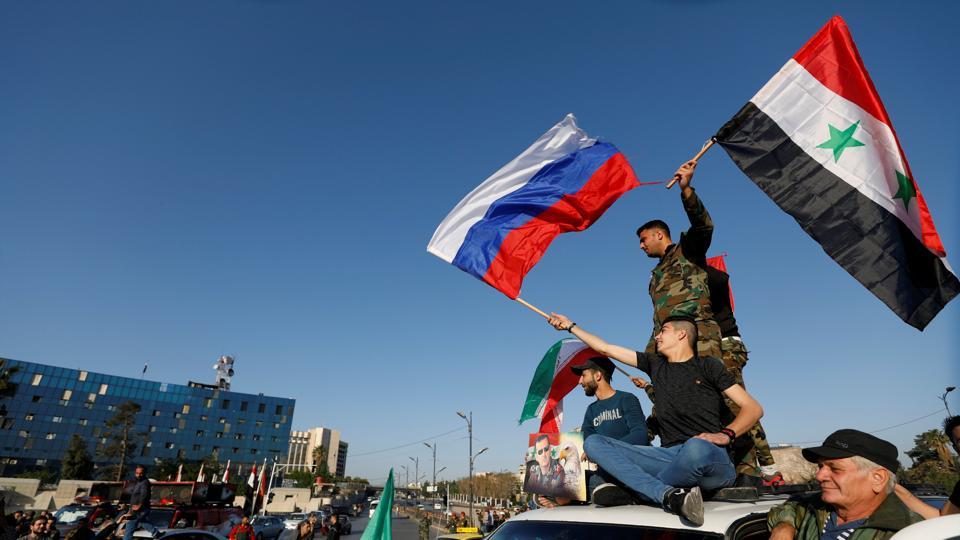 UPDATE 1645 GMT: My series of interviews with BBC outlets on Monday morning reviewing the dynamics in the UK Parliament and the question of where next in Syria:

The Assad regime isn’t too worried if you hit its chemical facilities….Its main way of killing civilians is with conventional weapons.

There is no political solution that is possible in Syria unless you go far beyond the airstrikes. By that, I don’t mean boots on the ground, I don’t mean a sustained aerial intervention to attack the Assad regime. I mean protected zones for civilians.

Until you provide that type of security, there is no incentive for the Assad regime to come to the table.

Putin can exert a lot of pull because Russia is essential to Bashar al-Assad’s survival, but it doesn’t mean theregime, the military, and Assad’s advisors won’t test their luck. I suscept that, with the chemical attacks on April 7, the Assad regime was testing its luck and didn’t tell Moscow, who had to scramble to cover its ally’s back.

UPDATE 1630 GMT: My discussion with Julia Hartley-Brewer of talkRADIO on Monday morning about the politics and military situation in Syria and in the US, UK, and France after the airstrikes by the three countries.

If there is ongoing military action — not boots on the ground, but airstrikes — and/or a protected zone, Prime Minister May will have to go to Parliament.

UPDATE, APRIL 16, 0600 GMT: I joined BBC Radio Ulster on Sunday for a 30-minute discussion of the Assad regime’s chemical attacks, US-UK-France strikes, and what does (or should) happen now.

It’s a spirited debate with differences between Hollis’s worry about US-Russia confrontation and the views of Titov — who sees a political process and power politics establishing a partition of Syria — and my advocacy, alongside that realistic assessment, of protected zones for civilians.

I joined a panel discussion on BBC Radio Scotland on Saturday morning to consider what happens after the US-UK-France airstrikes on military facilities of Syria’s Assad regime, responding to last weekend’s chemical attacks near Damascus.

The discussion includes Rosemary Hollis of City University London and David Pratt of the Sunday Herald. There are some sharp differences over the situation around the US and Russia — Hollis sees danger in uncertainty, whereas I think the Russians are quite clear on what has occurred — and on measures beyond the strikes, such as protected zones for all of Syria’s civilians.

The big question is not about this attack but whether the US, UK, and France go beyond this to do anything about the conventional bombing by the Assad regime and by the Russians….What is needed in Syria is a protected zone where anyone outside the Assad regime’s control has security from bombing. That’s the line the international community hasn’t approached and that’s the one which would bring the real tension between Russia and the West.