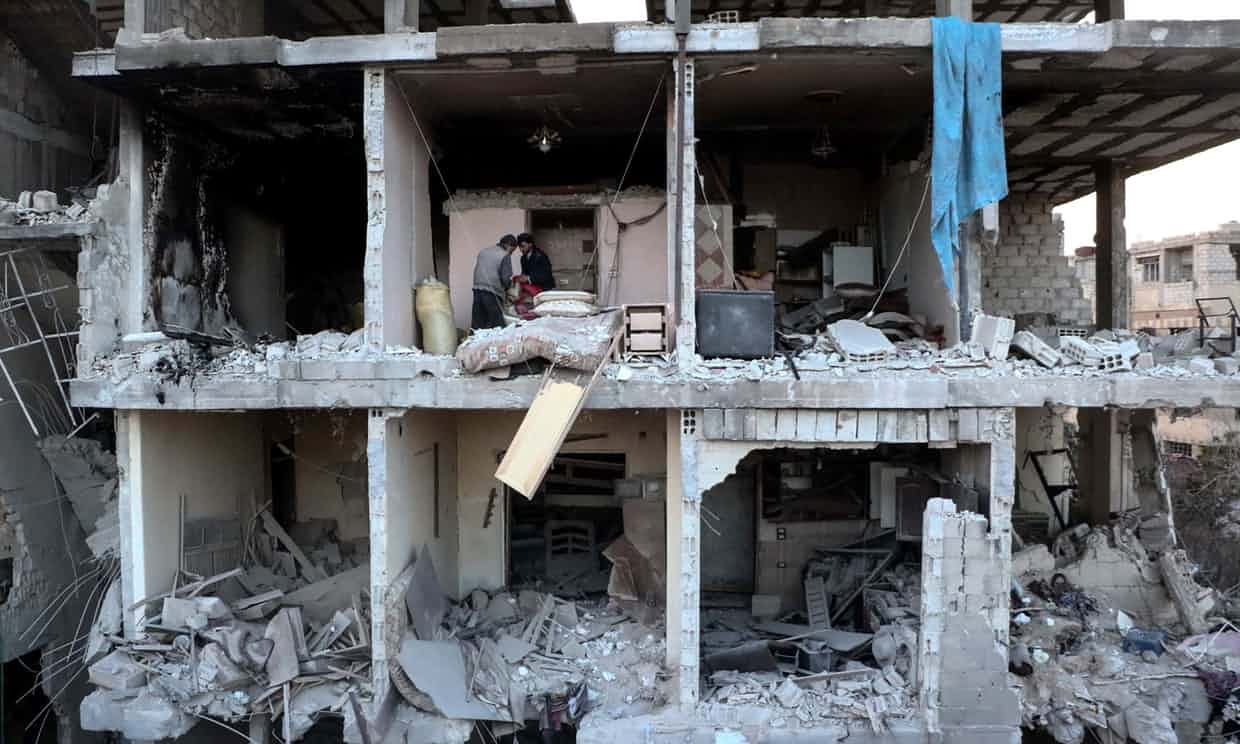 After the UN gave Russia coordinates of hospitals in East Ghouta, near Syria’s capital Damascus, Russian forces have reportedly attacked one of the facilities.

Jan Egeland, the head of the UN’s humanitarian operations for Syria, tweeted on Thursday that the coordinates had been passed to Russian officials. Meanwhile, the UN was investigating bombing of a hospital in Arbin in East Ghouta — among 22 medical facilities hit since early February — and a claimed Turkish strike on the main hospital in Kurdish-held Afrin in northwest Syria:

UN has submitted coordinates given by NGO-supported hospitals in #Idleb & #EasternGhouta to Russia & US as part of notification system to protect health care. We investigate reported attack on hospitals in Arbin as well as Afrin

Journalist Emma Beals, who has reported on attacks on medical workers and facilities since 2013, summarized the risk of passing the coordinates given Russia’s involvement alongside the regime in deadly strikes. She searched for a logical motive by the UN, finally speculating that maybe the organization is testing Moscow and Assad’s forces:

The only way this would even slightly make sense is if it's a game of chicken testing whether Russia/Syria gov is prepared to hit these facilities when we all know that they know where they are…but Jesus H Christ that's just too cynical to consider in real life, surely.

Having looked into this, seems decision taken well above ground level, those in the hospitals and their managers took some convincing and were worn down and/or didn't know this was being done. Rationale: they're being hit anyway. Nothing to lose. Can show intent if hit now.

Beals added that medical organizations had no choice but to comply with the UN if they want to continue receiving assistance.

But later on Friday, the story took a twist. Beals discovered that the coordinates of the hospitals were not shared on March 22, the date of Egeland’s tweet, but ten days earlier.

Another update: data was shared on March 12. NGOs wanted guarantors but gave up when that wasn't forthcoming. They also requested publicity about this at the time of sharing. The Arbin hospital attack on March 20th with suspected "bunker buster" was on a shared location.

A hospital in Arbin was struck on February 21, with an AFP photographer identifying the warplane as a Russian Su-34 jet. But importantly, pro-opposition activists say an underground facility in the same town — under assault by pro-Assad forces — was also hit by a bomb on March 20.

That is eight days *after* the UN gave coordinates to the Russians. And the nature of a “bunker-busting” bomb points to Russia, rather than the Assad regime, as the perpetrator.

The attack on the underground hospital came as Russian-regime forces, seeking to overrun Arbin or force a capitulation, stepped up strikes, including with incendiary munitions and bunker-busters. Twenty people, including 16 children, were killed when an underground shelter near a school collapsed.