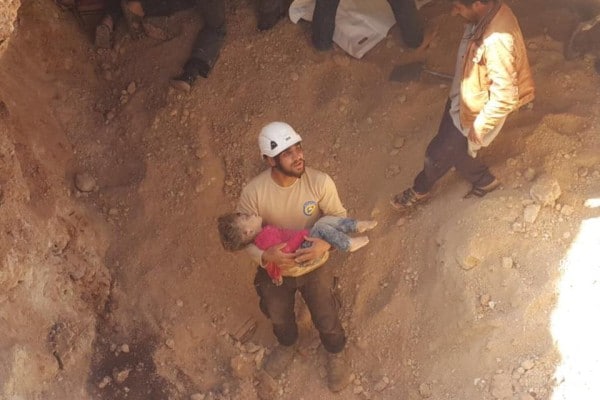 UPDATE 1530 GMT: Muhammad Najem, 15, who has updated the world about the attacks on East Ghouta, tweets:

After Russian warplanes destroyed my city,we had nothing left here,our house was destroyed,and my father was killed by the bombing of warplanes Now we will lose my country, we will migrate like the rest of Syria.
Goodbye my friends,#Eastern_Ghouta #Syria 2018 pic.twitter.com/gk1Gxw8xkI

UPDATE 1515 GMT: A member of the Syrian parliament, Mohammad Qanbadh, demands that displaced people chant for Bashar al-Assad before receiving aid, “Whoever doesn’t glorify Assad isn’t going to get water”.

UPDATE 1100 GMT: White Helmets rescuers and activist report the latest mass killing of civilians in the pro-Assad offensive on East Ghouta near Damascus, in an incendiary attack on Thursday night:

A horrific massacre 37 civilians burned to death by Napalm weapons attack targeted a shelter in #Arbin city in #EasternGhouta. Most of the victims were women and children. #EasternGhouta #Syria pic.twitter.com/dJmDTyzLix

Almost 1,700 people have now been slain by the pro-Assad assault since early February, which has taken more than 70% of the opposition enclave.

An incendiary attack on Douma on Thursday night: 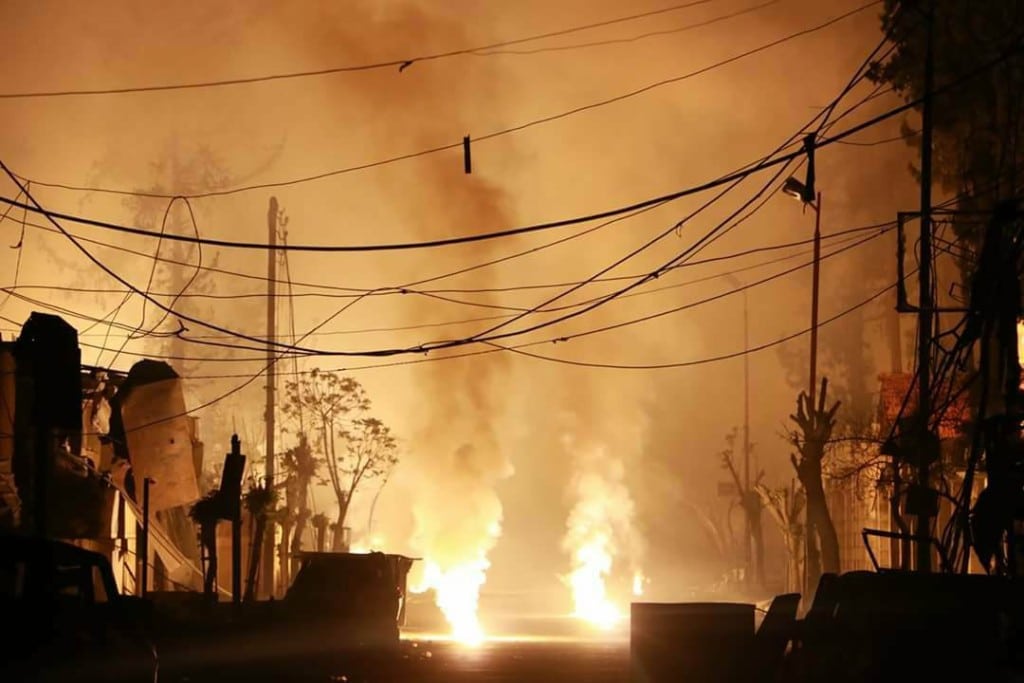 Having taken most of East Ghouta near Damascus, the Assad regime and Russia have renewed the bombing of Idlib Province in northwest Syria, the largest opposition territory.

On Wednesday, airstrikes killed 20 civilians, including 16 children, inside a bomb shelter near a school in the village of Kafr Batikh in central Idlib Province. Yesterday two strikeshit marketplaces in the border town of Harem, with at least 42 people killed and more than 50 injured. 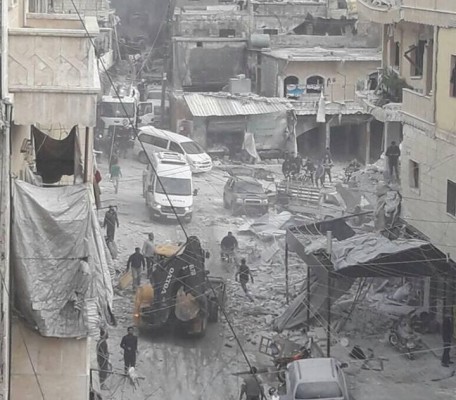 Local sources say there is no military presence in either location.

Nominally, Idlib Province is a “de-escalation zone”, announced by Russia in spring 2017. However, pro-Assad forces — and Russia — have continued the ground and air assault upon the opposition-held territory.

A pro-Assad offensive, enabled by Russian airstrikes, took parts of southeast Idlib Province early this year. The advance was halted when pro-Assad forces were redeployed for the assault on East Ghouta near Damascus.