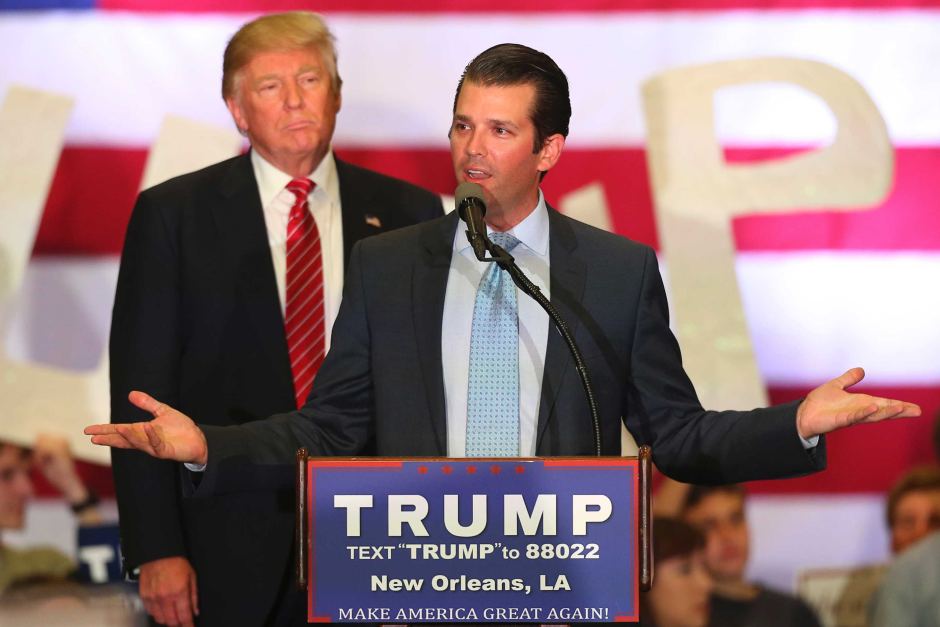 Developments on Day 180 of the Trump Administration:

The White House tries to re-establish a defense line after Donald Trump Jr. effectively admitted his acceptance of talks with Russian officials for a possible collusion against Democratic nominee Hillary Clinton in the 2016 US election.

Since Saturday, as Donald Trump Sr. was returning from Europe, the White House have been drafting statement for statement for Trump Jr. — signed off by his father — about the June 9, 2016 meeting with Kremlin-linked attorney Natalia Veselnitskaya. But each has been undone by further revelations about the discussion in Trump Tower, also attended by Trump Sr.’s son-in-law Jared Kushner and Trump campaign manager Paul Manafort.

After The New York Times approached Trump Jr. on Tuesday about publication of his e-mails confirming his enthusiastic reception of the offer from the Russian Government of material damaging Democratic nominee Hillary Clinton, the White House put a Trump Jr. cover note and the e-mail correspondence with Rob Goldstone, the publicist who was the go-between for the Russian offer and the meeting with Veselnitskaya.

Minor officials in the White House, such as Sebastian Gorka, and Trump Jr. tried to dismiss the meeting as of no consequence. But the e-mail chain undercut and exposed falsehoods in the statement: for example, contrary to the insistence that Veselnitskaya was only a “private” actor, Goldstone’s e-mail to Trump Jr. identified her as a “Russian Government attorney”. They also demolished Trump Jr.’s assertion that he was reserved in his acceptance of the offer of anti-Clinton material, with his forthright declaration to Goldstone, “If it’s what you say it is, I love it!”.

So far White House advisors have held Trump Sr. back from a Twitter intervention. He was silent on the matter until Tuesday when a one-sentence statement was issued in his name: “My son is a high-quality person and I applaud his transparency.” He later tweeted publicity for Trump Jr.’s appearance with Trump-friendly Fox presenter Sean Hannity:

My son, Donald, will be interviewed by @seanhannity tonight at 10:00 P.M. He is a great person who loves our country!

Donald Trump Sr. on June 7, 2016, as his son was setting up the meeting over the anti-Clinton information: “I am going to give a major speech on probably Monday of next week and we’re going to be discussing all of the things that have taken place with the Clintons. I think you’re going to find it very informative and very, very interesting.”

Veselnitskaya attending a hearing on US policy towards Russia at the House Foreign Affairs Committee, five days after the Trump Tower meeting — she is at the far left of the camera shot in the first 11 seconds of the video:

Trump Jr tries to explain away his behavior, in the interview with Sean Hannity: “Someone sends me an email. I can’t help what somebody sends me.”

Meanwhile, the revelations of the Trump Jr.-Kushner-Manafort meeting with the Russian envoy has revived the dossier of explosive information collected by Christopher Steele, a former British intelligence officer working with a private company, from June to December 2016.

The two taxes generate nearly $231 billion in revenue over a decade. Their retention could over the costs of expanded Medicaid coverage for the poor or other programs favored by moderate Republicans currently unwilling to back the bill.

On Tuesday, Senate Majority Leader Mitch McConnell said he is delaying a planned summer recess by two weeks in an attempt to push through the bill.

After holding no public hearings or bill-drafting sessions, McConnell stepped back from a vote before the July 4 recess, with several moderate and conservative GOP senators threatening hte party’s 52-48 majority.

McConnell said he plans to release his revised bill on Thursday, with a new estimate from the Congressional Budget Office — which said the original bill would lead to 22 million people losing coverage, reduced provision for others, and higher premiums — next week.

Other changes under consideration to the bill include revising Medicaid cuts and adding more spending to stabilize premium costs in the individual insurance market, according to a GOP aide.

Meanwhile, conservative Republican Ted Cruz of Texas wants to allow insurers to offer cheap, bare-bones plans alongside those that meet the coverage requirements of Obamacare.

EPA Moves to Remove Restrictions on Controversial Alaska Gold Mine

The Environmental Protection Agency moves to reverse the Obama Administration’s restrictions on the opening of a gold mine in Alaska which could be environmentally destructive.

On Tuesday the EPA released its proposal to remove the 2014 that blocked the Pebble Mine in Bristol because of potential impact on water quality and the number of salmon upon which indigenous populations rely.

EPA head Scott Pruitt, who has moved quickly to gut the Agency’s environmental regulations, wants to allow development of the mine without a review under the Clean Water Act.