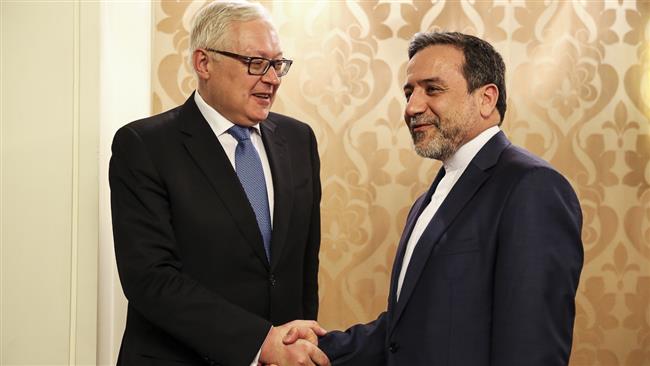 Iran’s officials conferred with Russia on Tuesday, in their first meeting since Moscow and the US declared a ceasefire in southwest Syria.

Iran was initially cautious about the high-profile reintroduction of the US by the Russians, after Moscow had shut out the Americans since summer 2016 in its political maneuvers supporting the Assad regime. However, the Foreign Ministry endorsed the ceasefire on Monday, expressing hope that it could be extended to all of Syria.

Tehran has differed from Russia in the past over wider issues, such as the fate of Bashar al-Assad. While Iran has declared that Assad’s departure from power is a “red line” that must not be crossed, Moscow has been more cautious about the President while focusing on the regime remaining largely intact. Iran has also been sceptical of Russia’s four “de-escalation zones”, allowing the Syrian opposition to retain control in much of northwest Syria.

Iranian State media avoided any reference to Syria in coverage of Tuesday’s meeting, insteading focusing on the implementation of the July 2015 nuclear deal.

They quoted Araqchi’s denunciation of Washington, which is maintaining sanctions on Iran 18 months after implementation began:

The continuation of the US’s irresponsible approach to the JCPOA [Joint Comprehensive Plan of Action], particularly during the era of the country’s new ruling administration, which reflects the extremist and unilateralist stance of the United States of America on all international issues, is considered as disregard for the international community’s will and demand.

Seeking to isolate the US, Araqchi said the other 5+1 Powers (UK, France, Germany, Russia, and China) and UN members
“must address such a destructive approach”.