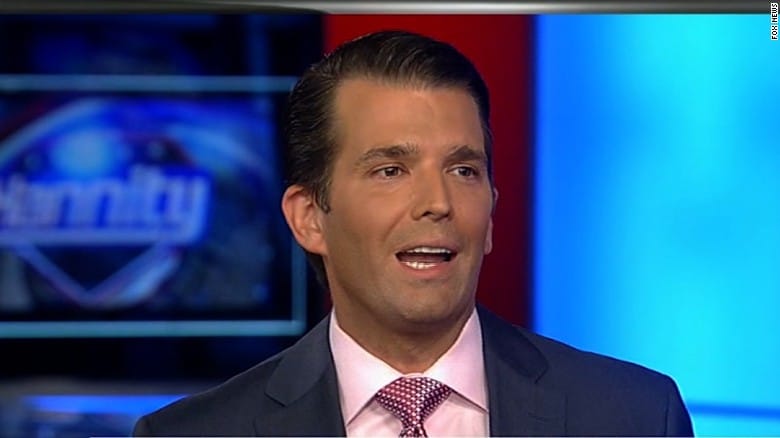 Amid Donald Trump Jr.’s admissions of possible collusion with Russia over its interference in the 2016 US election, I spoke with BBC outlets, CNN, Germany’s Deutsche Welle, and London’s Monocle 24 on Wednesday morning.

The conversations reviewed the latest developments such as Trump Jr.’s e-mail exchange setting up the visit by a Russian Government envoy, considered the White House’s attempts to prevent the crisis from reaching Donald Trump Sr., and looked at the political and legal future until Trump Sr. is forced from office.

If we were looking for a smoking gun in this very complex situation, Donald Trump Jr. just handed us a loaded rifle.

Listen to Discussion on BBC Coventry

I’m just waiting for Donald Trump to go on Fox News and say, “Son? What son? I don’t know the guy.

Only 72 hours ago the Trump Administration was saying that we would be talking about what a wonderful trip Donald Trump had to Europe and he did great at the G20 summit. Well, that’s now just a distant memory. And where in the world is their healthcare bill which they are desperate to pass to show some kind of legislative advance?

I think these revelations suck out the oxygen of any effectiveness of the White House, now and in the future….

Trump’s going down within a year. This ends in one of two ways: either Trump defeats the system, or the system defeats him — and it’s coming sooner rather than later.