Syria Daily: A Truce in Northwest to End In-Fighting? 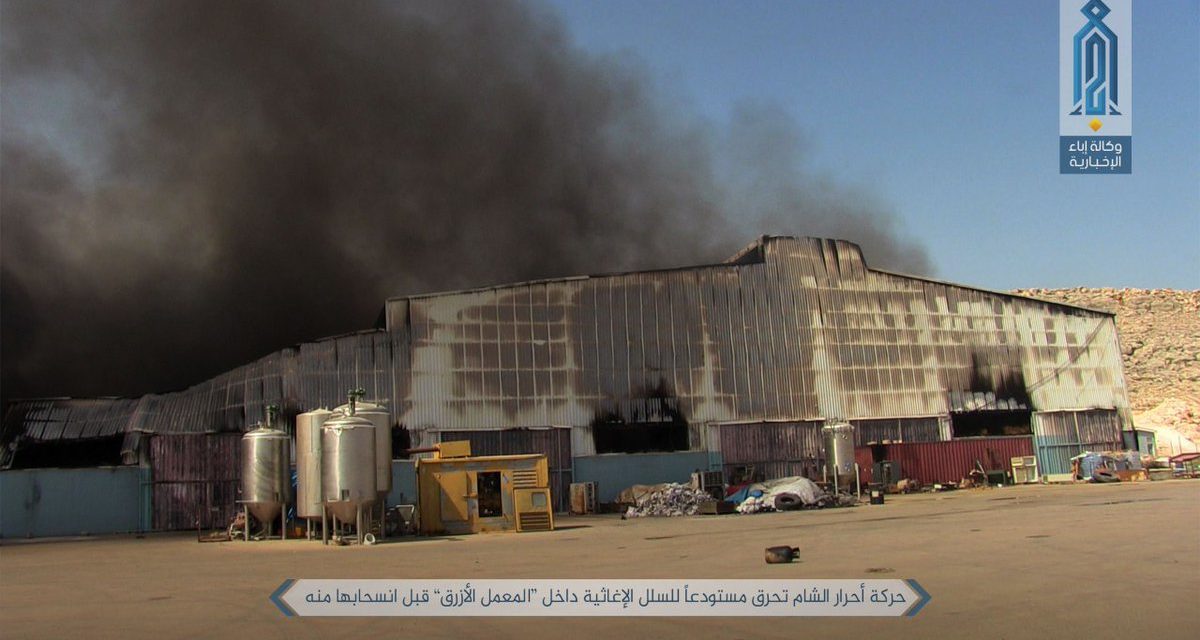 Bab al-Hawa crossing with Turkey turned over to civilian control

The Hayat Tahrir al-Sham bloc and the rebel faction Ahrar al-Sham have reportedly reached a truce in northwest Syria after days of fighting in which HTS — led by Jabhat Fatah al-Sham, formerly linked to Al Qa’eda — has made significant gains.

Ahrar al-Sham, an Islamist faction which had been the leading forces in much of Idlib and Aleppo Province said in an online statement that the Bab al-Hawa crossing with Turkey will be turned over to civilian administration.

HTS had taken nearby villages to surround the crossing, the main entry/exit point between Syria and Turkey, and was said to be on the verge of occupying it on Friday afternoon.

Despite the truce, Ahrar al-Sham’s authority appears to have been further weakened. The group’s reputation had suffered with the loss of Aleppo city last December and its failure to take a notable role in a rebel offensive in northern Hama Province early this year.

The fighting broke out this week after failed attempts at a merger between the two sides and other factions.

Free Syrian Army units have not been involved in the fighting, but have taken control of some areas, such as the town of Kafranbel, amid the changing circumstances. HTS has also faced the defection of one of its leading elements, the Nour ed-Din al-Zinki faction, and protests from residents in towns such as Saraqeb.

US General: We Encouraged SDF “Brand” as Cover for Kurdish Militia YPG

A US general has said that Washington prompted the creation of the “brand” of the Syrian Democratic Forces as a cover for the Kurdish militia YPG.

The SDF, led by the YPG, were created in autumn 2015 to fight the Islamic State in northern Syria. They have pushed ISIS back in the northeast and, defying Turkish objections, moved west of the Euphrates River as far as the city of Manbij in eastern Aleppo Province. They are now fighting inside the city of Raqqa, ISIS’s central position in Syria.

Ankara considers the YPG part of the Turkish Kurdish insurgency PKK, which has fought Turkish forces for more than 30 years and is designated a “terrorist organization” by the US.

General Raymond Thomas, head of the US Special Operations Command, said on Friday:

I was on the formative stage of the relationship with these guys. They formally called themselves the YPG, who the Turks would say equated to the PKK.

So we literally played back to them that you’ve got to change your brand. What do you want to call yourself besides the YPG? With about a day’s notice they declared that they were the Syrian Democratic Forces.

Thomas explained that, through US envoy Brett McGurk, the rebranding helped the YPG and its political leaders of the Syrian Kurdish Democratic Party (PYD) gain some credibility:

They wanted a seat at the table, whether it’s Geneva or Astana, wherever the talks are happening about the future Syria, and because they had been branded as the PKK they could never get to the table. So while we paired with them militarily, McGurk was able to keep them in the conversation and allowed them the necessary legitimacy to be good partners for us.

US Special Forces Commander did know YPG was US designated terror group PKK. So he told them to change name. pic.twitter.com/l8PXP9w35E

Almost all of the US military assistance in Syria, through weapons and special forces, now goes to the SDF.

Washington’s official line is that Arab units are doing most of the SDF’s fighting.