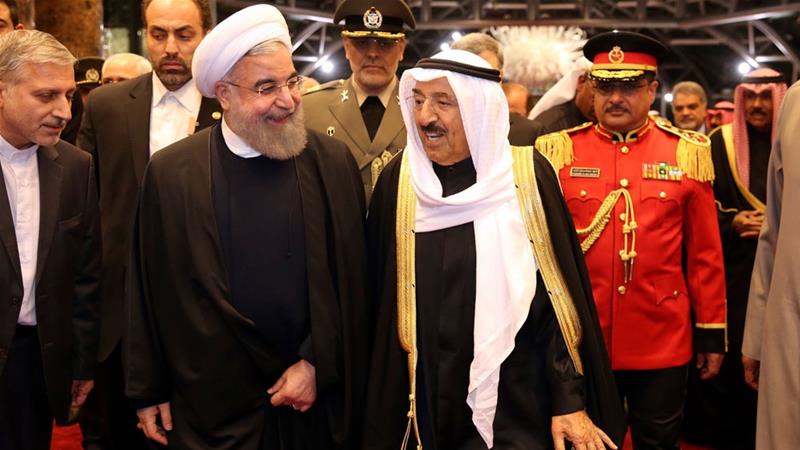 Iran is facing a new challenge in its relations with Gulf States after Kuwait expelled the Islamic Republic’s diplomats and closed its cultural, military, and trade missions on Thursday.

The Kuwaiti State news agency KUNA said the moves were a response to the break-up of a “terrorist” cell in 2015. Authorities claim it had contacts with Iran and Hezbollah.

A Kuwaiti official said 15 Iranian diplomats had been told to leave, with only four remaining at the embassy. It was unclear if Iranian Ambassador Alireza Enayati, who was notified of the decision, was expelled.

The Iranian Foreign Ministry said the allegations of links to the terrorist cell had no foundation and threatened retaliation.

Spokesman Bahram Qassemi wrote on social media, “Iran’s strong objection has been communicated to Kuwait’s charge d’affaires. It was reiterated that Iran reserves the right to a reciprocal measure.”

He added that the Kuwaiti diplomat was told, “It is regrettable that Kuwaiti officials, in this sensitive situation in the region, instead of making an effort to reduce useless tensions,…have targeted the Islamic republic with baseless accusations”.

The leader of the terrorist cell was sentenced last month to life in prison by the Kuwaiti Supreme Court. Another 20 defendants were given sentences of between five and 15 years.

In January 2016 Saudi Arabia, Tehran’s main rival in the region, broke relations with Iran. The situation has deteriorated further since then, with both sides threatening conflict and Iran accusing the Saudis of involvement in a US-Israeli axis to overthrow the Islamic Republic.

There is speculation that Kuwait’s move is linked to its role in the Saudi-Qatari diplomatic crisis, in which Riyadh and its allies have cut relations with Doha and imposed an air and sea blockade. The Kuwaitis are serving as mediators, but may have come under pressure because of the Saudi position that Qatar is too close to Tehran.