Anti-Assad forces test regime by opening two-front war — is a third front on the way?

Podcast: A “Sideshow” in Washington about the Islamic State

UPDATE 1855 GMT: Pro-opposition activists says Russian warplanes have attacked Ariha in Idlib Province, even though there are no rebels in the town. They are accusing the Russians of using internationally-banned white phosphorus munitions.

Videos have been posted of the fires:

UPDATE 1745: The rebel Hama operations room has announced that Saqalibiya and Mahrada, both Christian-majority villages, will not be targets in the offensive as long as residents do not allow the regime to attack anti-Assad forces.

UPDATE 1230 GMT: Rebels have made further gains south of Khattab, taking a significant part of the regime defense line in the village of Arzeh and the nearby al-Shayha hill (see map), 5 km (3 miles) from Hama city.

Rebels are now close enough to attack Hama airport to attack it with anti-tank guided missiles. The airport, which is key position for Iranian and Russian forces, has the the largest ammunition dumps in the area and hosts an important barrel bomb factory.

The offensive has also continued its movement to the west — having moved from Khattab to al-Sheer, it now controls Majdal (see map), capturing a tank during the operations.

Claims are circulating that the regime may move the high-profile militia “Tiger Forces” to the Hama front from east Aleppo, where the unit has been trying to deal with the Islamic State. However, the shift could expose the regime to further pressure — ISIS has succeeded in recent days in cutting the supply road from Hama to Aleppo city.

The Aleppo route is essential given the lack of other routes for regime reinforcements. Rebels in the Rastan pocket in northern Homs Province have reportedly cut the road to Hama (see map), while Highway 56 from Latakia is also blocked.

UPDATE 0730 GMT: Local sources say rebels have captured the village of Khattab, and nearby ammunition dumps, in northern Hama Province.

The sources say rebels have pressed farther to the west and have taken the village of al-Sheer (see map). Part of the road between Hama city and Mahardeh to the northwest is under rebel control.

The Free Syrian Army said another two tanks were captured when a checkpoint was seized. 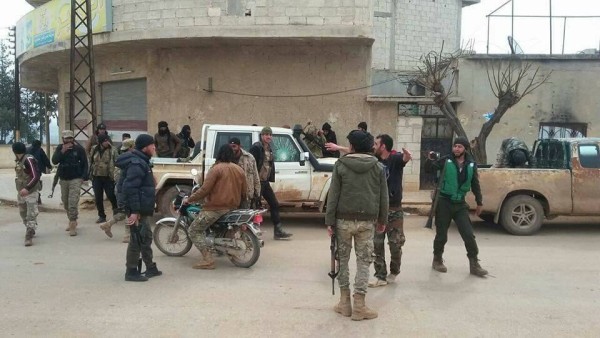 ORIGINAL ENTRY: Syria’s rebels advanced in their offensive inside Damascus and opened another front in northern Hama Province on Tuesday.

A coalition of rebel forces, led by Faylaq al-Rahman and Ahrar al-Sham, took more territory in Jobar in the northeast of the capital on the third day of their attacks. They reached and held Abbassiyeen Square, the Fares Khoury road leading to it, and the bus garage.

The advance knocked back the Assad regime’s attempts on Monday to reclaim territory after the initial gains by the rebels.

Meanwhile, the anti-Assad forces tested the stretched regime army and its allies further by launching an offensive in northern Hama in western Syria, making dramatic gains within hours.

The forces, including the Free Syrian Army’s Jaish al-Nasr and the Hay’at Tahrir al-Sham bloc, launched the assault with a suicide vehicle bomb in Souran. They quickly took the town and advanced south, reportedly capturing the village of Ma’ardas. Other villages such as Khattab are under threat. 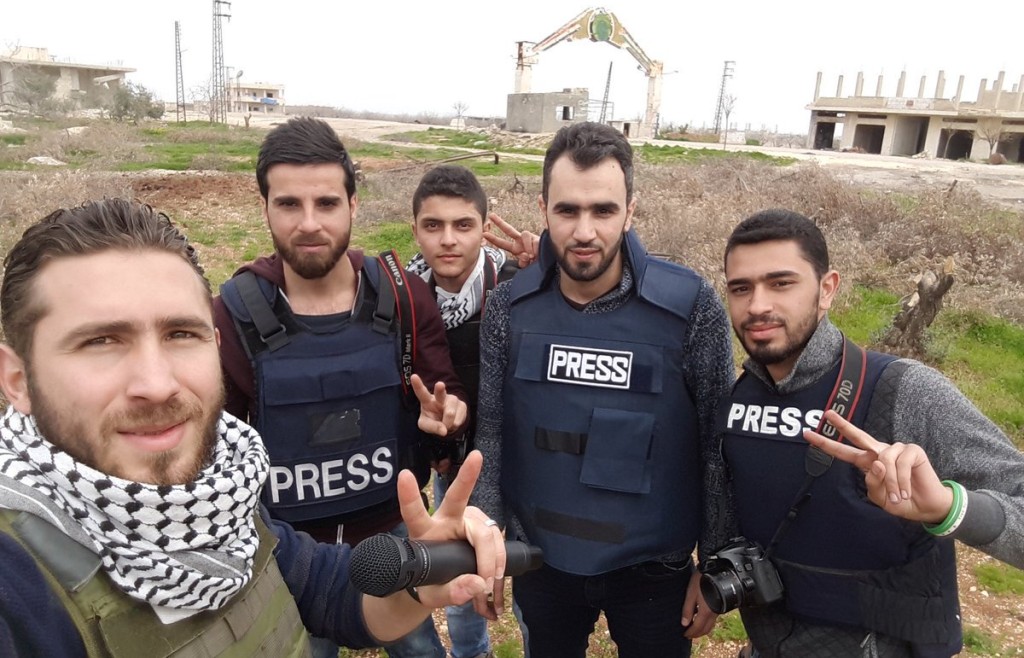 Rebels had claimed a series of towns and villages, including Souran and Ma’ardas, in their last successes in Syria between August and October 2016. However, they lost much of the territory in the next month, as the pro-Assad forces — with Iranian and Iranian-led forces, Hezbollah fighters, and Russian airstrikes — advanced in northwest Syria, including the occupation of all of Aleppo city.

Last autumn’s rebel offensive advanced to within 6 km (3.5 miles) of Hama, Syria’s fourth-largest city, and some local observers said on Tuesday that the city might be under threat unless Iranian forces blocked the assault.

Syrian State media does not acknowledge the rebel advances in either area and instead insists, “The army clashed with terrorist groups which had infiltrated on Tuesday in the factories area on the northern outskirts of Jobar neighborhood, leaving many of their members dead and injured and destroying large amounts of their weapons and equipment.”

State news agency SANA declares that the regime’s military “foiled an attack by Jabhat al-Nusra terrorist organization and groups affiliated to it in the direction of Souran and Khattab in the northern countryside of Hama Province…inflicting heavy losses upon terrorists”.

TOP PHOTO: Fighters of Hay’at Tahrir al-Sham at the start of the offensive in northern Hama Province on Tuesday

Reports: US Airstrikes Kills 30+ in School Near Raqqa

Pro-opposition activists say more than 30 people were killed when a US airstrike hit a school near the ISIS-held city of Raqqa in northern Syria.

The activists of Raqqa Is Being Slaughtered Silently said the school in al-Mansoura, west of Raqqa, is being used as a shelter for displaced civilians. State news agency SANA also reported the attack.

The US-led coalition said it had “no indication that an airstrike struck civilians near Raqqa.” It assured, “We will provide this information to our civilian casualty team for further investigation.”

Last week US manned and unmanned warplanes killed about 56 people in a mosque annex in western Aleppo Province.

40+ Killed in US Airstrikes on Mosque in NW Syria

The head of the Israeli army said on Tuesday that Hezbollah’s commander in Syria, Mustafa Badreddine, was killed by his own men.

Lt. Gen. Gadi Eisenkot said reports that Mustafa Amine Badreddine was killed by Hezbollah officers match “intelligence we have”. He claimed the incident “indicates the depth of the internal crisis within Hezbollah…[and] the extent of the cruelty, complexity and tension between Hezbollah and its patron Iran”.

Claims at the time of Badreddine’s death in May 2016 near Damascus ranged from an Israeli strike to shelling by Syrian rebels.

But Eisenkot maintained yesterday that the commander died in “an internal crisis over what they are fighting for, an economic crisis and a leadership crisis”.

Reuters reports that Russia has suffered 18 combat fatalities in Syria since January 29, more than three times higher than the official toll.

The Russian Defense Ministry has publicly reported only five servicemen’s deaths, with no mention of significant Russian ground operations in the fight to regain Palmyra from the Islamic State.

Russia’s Conflict Intelligence Team gathered the toll from interviews with relatives and friends of the dead men, cemetery workers, and local media reports of funerals. Reuters independently verified each of the cases by speaking to someone who knows the deceased.

Most of the dead were Russian civilians working as private military contractors under the orders of Russian commanders.

A Russian general, Petr Milyukhin, lost both legs and an eye from an ISIS mine in late February near Palmyra. The serious injuries were acknowledged days later by Russian media.