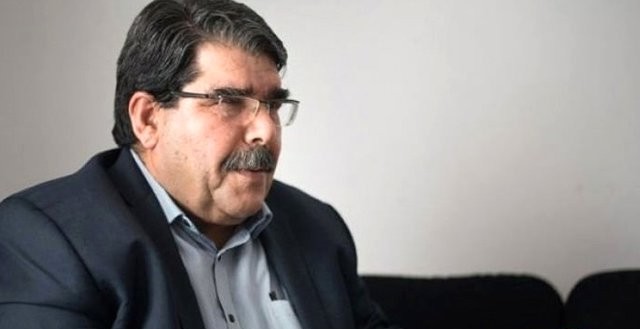 The leader of the Kurdish Syrian Democratic Party (PYD) has made a play for the city of Raqqa, saying it should join a Kurdish autonomous region when it is taken from the Islamic State.

Salih Muslim said his plan is for the city to join a “democratic federal” system: “We expect [this] because our project is for all Syria…and Raqqa can be part of it. Our only concern is that the people of Raqqa are the ones who take the decision on everything.”

The blueprint for the new Kurdish region, Rojava, was approved by a constituent assembly in December.

The Kurdish-led Syrian Democratic Forces have sought for months to move on Raqqa, fully controlled by ISIS since early 2014. However, the offensive has been delayed by political issues: Turkey believes the PYD and its YPG militia, the largest force in the SDF, are part of the Turkish Kurdish insurgency PKK.

In the past week, there has been an escalation which could lead to an assault on Raqqa. The US, the main backer of the SDF, has put in more equipment and special forces, and it has carried out the first airlift of SDF fighters. On Sunday, the SDF captured Taqba airbase, about 40 km (25 miles) west of Raqqa, which ISIS took from the Assad regime in August 2014.

Turkey’s Daily Sabah, close to the Erdoğan Government, immediately lashed out at Muslim’s statement: “The outlawed terrorist PKK’s Syrian offshoot the Democratic Union Party’s (PYD) on Monday hinted that, once liberated, it would treat Raqqa, a predominantly Arab Syrian town, as part of its territory.

US & SDF: “No Risk” of Tabqa Dam Collapse

Both the US military and SDF have asserted that there is no “imminent danger” of the collapse of the Tabqa Dam, as the Kurdish-led forces closes on the Islamic State.

ISIS warned on Sunday, as the SDF took the Taqba airbase, that the dam could collapse because of high water levels and a halt to working systems. It said the control room had been damaged by US airstrikes.

The SDF said it paused operations for four hours on Monday so engineers could carry out inspections. A spokesman said the 4.5-km dam, 40 km (25 miles) downstream on the Euphrates River from Raqqa, should be fully captured within days after the its northern entrance was seized last week.

Colonel Joseph Scrocca, a spokesman for the US-led coalition, said, “To our knowledge, the dam has not been structurally damaged. We do not assess the dam to be in imminent danger unless ISIS plans to destroy it.”

Claims are circulating on Tuesday afternoon that the chief engineer at the dam has been killed by an American attack:

Iranian Foreign Minister: Russia Might Use Our Bases for Syrian Operations

Iranian Foreign Minister Mohammad Javad Zarif has said Iran might allow Russia to use its military bases on “a case by case basis” for airstrikes in Syria.

“Russia doesn’t have a military base, we have good cooperation, and on a case by case basis, when it is necessary for Russians fighting terrorism to use Iranian facilities, we will make a decision,” Zarif said during a visit by Iranian President Hassan Rouhani to Moscow on Tuesday.

Last August, Russia announced that its planes had used the Hamedan base in western Iran to carry out Syrian operations; however, a backlash inside Iran led officials to deny any permanent arrangement and to say that the use of Hamedan was “temporary, based on a Russian request”.

The UN says up to 40,000 people have been displaced by fighting in northern and western Hama Province amid the rebel offensive that began last Tuesday.

The Office for the Coordination of Humanitarian Affairs said an estimated 30,000 moved to Hama city and Masyaf in Hama and Wadi Nasra in Homs. The other 10,000 went to areas of Latakia Province.

Rebels moved within 5 km (3 miles) of Hama city before being checked by pro-Assad forces, who have regained two of the 25 towns and villages lost.

Another rebel front has been opened in northwestern Hama Province — footage of the Ahrar al-Sham faction launching an assault on the village of al-Sakhr.

Pro-Assad militia have abducted about 500 Kurdish civilians in the town of Mayer in northwest Syria, according to the Kurdish outlet ARA News.

Bus drivers said the militia stopped 50 buses with passengers from Afrin on the Aleppo-Afrin road.

“500 passengers were detained, with only one has been released, while others were transferred to the town of al-Zahra,” an eyewitness said.

Another source said the militias were from the regime villages of Nubl and al-Zahra, northwest of Aleppo city. He claimed, “The regime is also upset with the activities of those [Shia] militias. These two villages consider themselves more as Iranian than Syrian.”