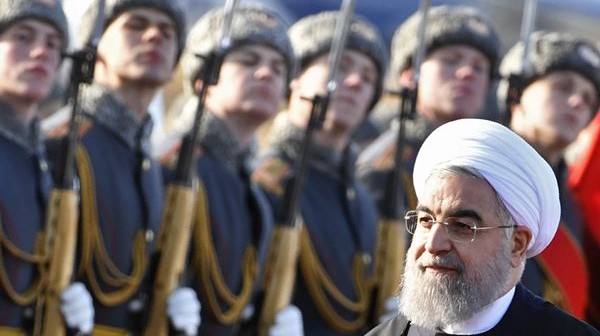 UPDATE, 1400 GMT: Vladimir Putin hails Russia-Iran links at the outset of his talks with Hassan Rouhani:

Russia and Iran share many years, if not centuries, of bilateral cooperation. We have maintained diplomatic relations for more than 500 years. Iran is our good neighbor and reliable and stable partner….

[We] work together effectively along all lines. This concerns international activity and the solution of major and very acute international problems. Also, we work in the economic field.

Rouhani said, “Relations between Iran and Russia are aimed at promoting regional stability and the two countries’ main objective is to promote regional peace and tranquility.” 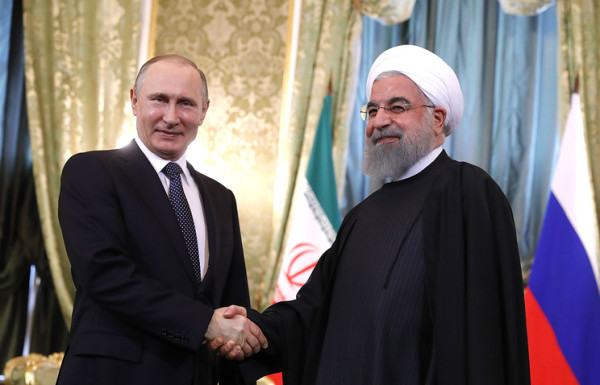 Heading a high-ranking politico-economic delegation, Rouhani arrived at Vnukovo International Airport on Monday evening. He will be welcomed by Putin at the Kremlin on Tuesday.

In a Friday, Rouhani’s office emphasized economic discussion, saying officials will sign agreements for cooperation in legal and judicial sectors, roads and urban development, technology and communications, energy, and sports. The President is facing the ongoing challenge for Iran’s economic recovery, likely to be the central issue in his effort for re-election in May.

Speaking to reporters before flying to Moscow, Rouhani said:

Cooperation has started to facilitate Russia’s investment in Iran, especially in oil and gas. We have proposed some sectors to the Russian side [for investment] and we will witness major developments in the energy sector….We will [also] witness more good developments related to nuclear issues with Russia.

It is likely that Rouhani and Putin will also focus on the Syrian crisis, although an Iranian Presidential aide said only that talks will include “ways to promote regional stability and security and the fight against terrorism”.

Relations between Iran and Russia and any growth in these ties will be beneficial to both nations and regional stability and we enjoy good cooperation with each other at international level….[These relations] have never been and will never be against any third country.

He continued, “The two countries are also opposed to any shift in geographical borders in the region,” proclaimed the “highest level of cooperation” between Iran and Russia on Syria, the “campaign against terrorism”, and the establishment of stability in the Middle East.