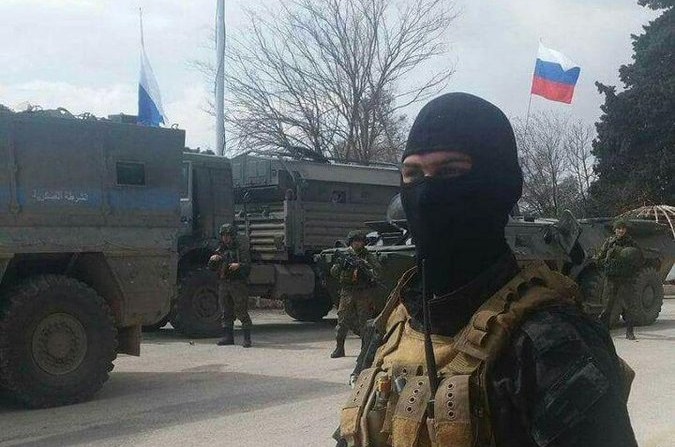 Russian troops and armor arrive in Afrin in northwest Syria