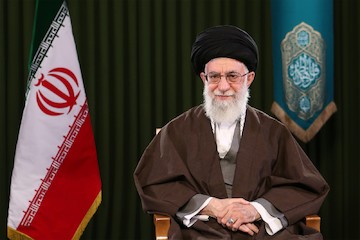 The Supreme Leader has highlighted ongoing economic challenges for Iran, proclaiming the Iranian year 1396 as the “Year of Resistance Economy: Production and Employment”.

Ayatollah Khamenei first used the term Resistance Economy in 2010 to declare the need for self-sufficiency amid tightening US and European sanctions over Iran’s nuclear program. Despite the July 2015 nuclear deal, he has maintained the theme, with his distrust of the US and ongoing American restrictions on the Islamic Republic.

He has also used the concept to challenge the Rouhani Government, despite its public embrace of the Resistance Economy. President Rouhani, who is facing re-election in May, and his advisors have been accused of weakness towards the Americans as Iran has struggled to renew foreign trade and investment in key sectors, despite implementation of the nuclear agreement from January 2016.

The Iranian economy has recovered from its low point when President Rouhani took office in 2013, with reduction in inflation, moderate growth, and a 40% rise in oil exports in 2016. However, a further increase is constrained by OPEC limits, and key sectors such as energy and transportation are hindered by the need for foreign technology and equipment.

Khamenei has regularly put economic labels on new Iranian years, such as “Year of Rectifying Consumption Patterns”, “Year of Economic Jihad”, and “Year of National Production”.

The Supreme Leader maintained on Monday, “Our enemies across the world acknowledged the power and greatness of the people of Iran,” asserting, “The region is suffering from insecurity, but the people of Iran thankfully experienced enduring security throughout the year.”

The bitter and difficult events were mostly related to the people’s economic and livelihood problems. The middle and lower classes of society were suffering from these problems and they continue to do so in the present time. Because I am aware of the people’s condition, I feel bitterness with all my heart. I feel the bitterness that the people – particularly lower and underprivileged classes – experience. And this bitterness is related to economic matters and problems such as high prices, unemployment and social detriments – for example, discrimination and inequality – which mainly originate from economic matters.

Then the Supreme Leader returned to his challenge to the Government:

Good tasks [for the economy] were fortunately carried out which was reported to us. However, there is a large gap between what has been carried out, and what the people and what we expect.