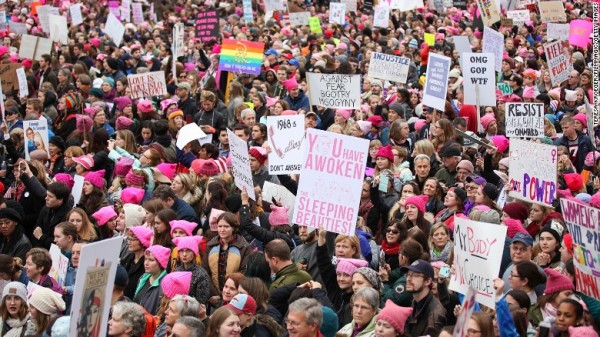 The Political WorldView panel — the University of Birmingham’s Adam Quinn, Scott Lucas, and Christalla Yakinthou — are joined by guest Milly Morris to discuss issues around feminism, amid protests against Donald Trump and economic, social, and political challenges.

Then the panel are off to Turkey to look at President Recep Tayyip Erdoğan’s maneuvers ahead of an April 16 referendum over expansion of his powers, including the fight he has picked with The Netherlands over a ban on his Ministers speaking at rallies.

See also Kellyanne’s “Choices”: Feminism and the Rhetoric of Empowerment
Turkey’s Erdoğan: Star of the Ballot and the Silver Screen

In between there are the Numbers of the Week, from the US healthcare debate to a notable election in Western Australia to a renewed quest for Scottish independence.