Kellyanne’s “Choices”: Feminism and the Rhetoric of Empowerment 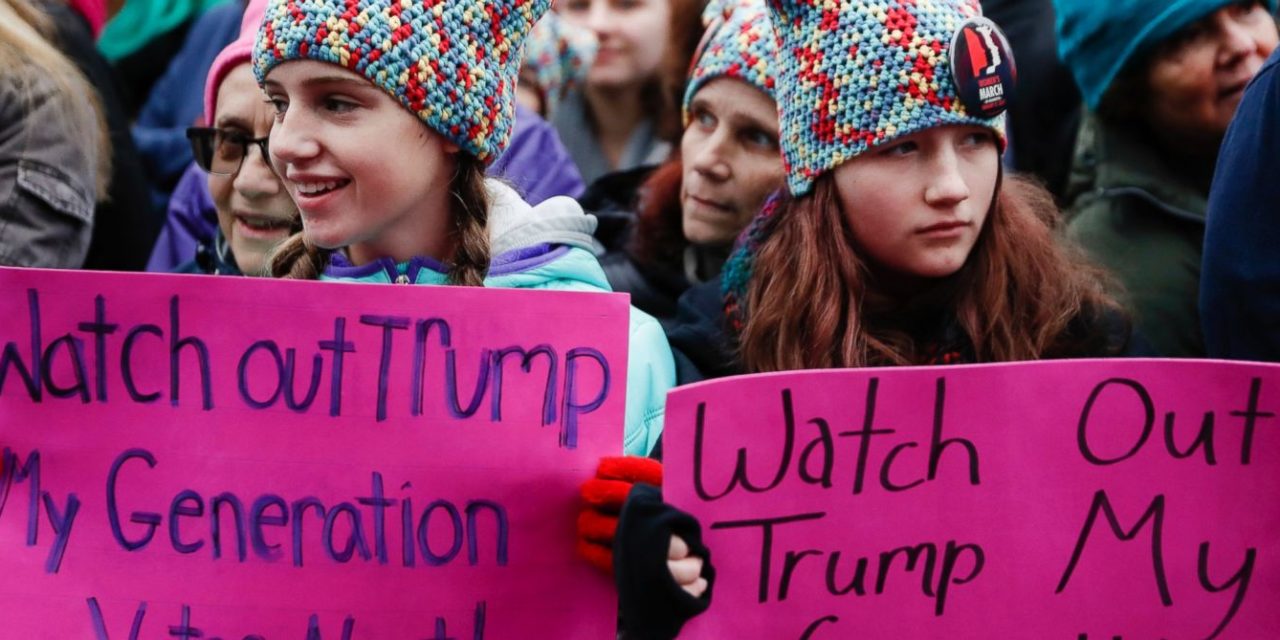 “Feminism needs to ignore any party or movement that speaks for some women rather than all women, else how can we present a unified front?”

Milly Morris of the University of Birmingham writes for EA, in an article adapted from her website:

On February 23, Kellyanne Conway — right-hand woman to Donald Trump in his campaign and now the White House –– proudly proclaimed to the Conservative Political Action Conference that she does not identify as a feminist. Speaking over the cheering crowd, Conway declared:

There’s an individual feminism, if you will, that you make your own choices….I look at myself as a product of my choices, not a victim of my circumstances.

Conway is oblivious to the reality that she would not be able to express her “choices” had it not been for feminist struggles: women suffered – and are still suffering – to have a voice. She sweeps over her privilege as a wealthy white woman to have an open door for choices, compared with the locked gate that many women face. Indeed, her comment provides an insight as to some of Donald Trump’s 53% support among white women in the 2016 election: here is a man who can “empower” me, whose daughter Ivanka wants to give women – well, women like me –a seat at the table. Damn be the consequences for disabled women, women of color, and LGBT women – I’m empowering myself!

The rhetoric of “choice” and “empowerment” has been central to liberal feminism for many years, and Conway’s words are reminiscent of the post-feminist movement of the 1990s. Often referred to as “do-me” or “have-it-all” feminism, post-feminism encouraged women to embrace products and ideals — high heels, make-up, “pink” — that were considered out-of-bound by previous feminist movements. This celebration of traditional notions of femininity was reworked throughout pop culture as a means of “empowering women”. The Spice Girls famously stated that they could “give feminism a kick up the arse” by replacing it with Girl Power: a bubble-gum-pink discourse encapsulated by the wearing of crop-tops, regular high-kicks in the air, and vague discussions of “female friendship”. Shows such as Sex and The City – despite some progressive scenes such as sexuality in older women – promoted “empowerment” via constant consumption: Carrie’s source of “power” was often boiled down to her great taste in expensive shoes and her ability to purchase as many of them as she liked.

Instead of carving out space for a diverse chorus of women’s voices, discourses of empowerment offer no real threat to over-arching gender norms. This “brand” of feminism does not represent any discomfort in how we approach gender, which is precisely why feminists must reject it.

It is an overly simplistic conception of power to suggest that following a path of fierce neo-liberal consumption will lead to “liberation”. Viewing an engagement with “feminine” products and practices as an act of oppression upon the female body demonstrates that overly-simplistic conception as well. Power does not operate as an oppressive or emancipating force, but works through us in every day acts. Women can be complicit in performing our gender whilst still being critically aware of our practices as simultaneous acts of “self-discipline” and “freedom.” We need to move away from binary concepts of “oppression vs. empowerment” to offer tangible methods of resistance.

A salient example is that of the Women’s Equality Party, whose main policies revolve around “equality between the sexes” through equal pay and representation. This rhetoric should ring alarm bells for its binary conception of gender — for example, there is no acknowledgement that women of colour face a larger pay gap than white women.

WEP’s policies on sex work give the air of a “ladies country club” rather than a political party, as they cite “ending violence against women” as one of their objectives whilst advocating the continued criminalization of sex work, ignoring the vast evidence that decriminalization protects women from “harm, exploitation, and coercion”. The WEP’s stance does not represent a desire to protect women from violence, but a moralistic crusade to “save” women, rhetoric mirrored by the religious right as a means of control over women’s bodies.

During their party conference, the WEP held a panel discussion on feminism featuring the former Women and Equalities Minister, Nicky Morgan MP. As well as proposing the removal of feminism from the A-level syllabus, Morgan was integral to a government that introduced severe policies of austerity, affecting society’s most vulnerable and disproportionately affecting women. This is a “feminism” that can be linked to that of Kellyanne Conway and Ivanka Trump, encompassing the misguided conflation between “woman” and “feminism”, terms that don’t have to go hand-in-hand.

Recognizing power means rejecting the notion that simply “adding women and stirring” is a recipe for progress. Look at Conway, look at Ivanka. These women are seemingly happy to climb to power via their brand of empowerment, so long as they can pull the ladder up after them and leave women of color, LGBT, the disabled, and the working class to struggle below. As Russell Brand said of Margaret Thatcher: “She may have shattered the glass ceiling, but she left glass in the eyes of the women beneath her.”

Kellyanne Conway demonstrates the necessity for feminism to distance itself from the Frankenstein-esque relationship between rampant individualism and discourses of empowerment. We need to ignore any party or movement that speaks for some women rather than all women, else how can we present a unified front? Our fight for the future of feminism depends on this.