Syria Analysis: Obama Declares Fight is With “Terrorists” Rather Than Assad 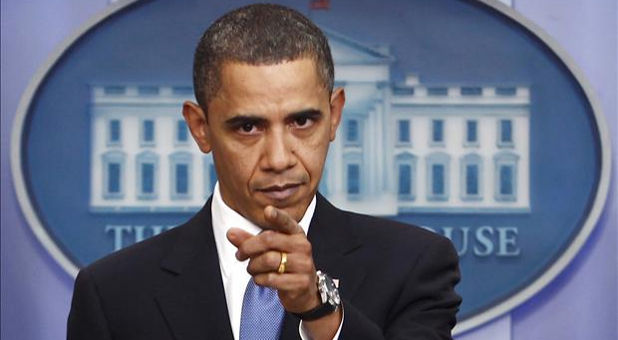 Two days after Donald Trump’s election, officials of the Obama Administration have publicly acknowledged the shift in US involvement in Syria, focusing on the killing of leaders of the jihadist faction Jabhat Fatah al-Sham (formerly Jabhat al-Nusra) rather than confrontation with the Assad regime or even the Islamic State.

The officials said President Obama has ordered the Pentagon to find and kill the leaders of JFS/Nusra, which formally revoked its allegiance to Al Qa’eda in July to focus on “unity” in the fight against the Assad regime.

Despite the revocation, the official said Obama ordered the deployment of more drones and intelligence assets, overseen by the Joint Special ­Operations Command, because of “concern that [JFS/Nusra] is turning parts of Syria into a new base of operations for al-Qaeda on Europe’s southern doorstep”.

The officials said the White House and State Department led the shift, overriding the objections of Pentagon staff who do not want to pull resources away from the fight against the Islamic State.

They declared that Obama has been repeatedly told over the summer that JFS/Nusra is allowing Al Qa’eda leaders in Pakistan and Afghanistan to create a “haven” in northwest Syria. Officials also warned Obama that JFS/Nusra will try to fill the void as the Islamic State is pushed back.

The shift in operations began in October. Officials said four “high-value targets”, including JFS/Nusra’s senior external planner, have been killed. Two of the strikes have been disclosed, but a November 2 attack on a gathering of JFS/Nusra leaders has yet to be revealed publicly.

[We have] prioritized our fight against al-Qaeda in Syria, including through targeting their leaders and operatives, some of whom are legacy al-Qaeda members.

We have made clear to all parties in Syria that we will not allow al-Qaeda to grow its capacity to attack the U.S., our allies, and our interests. We will continue to take action to deny these terrorists any safe haven in Syria.

Russia — which has long put out the line that JFS/Nusra must be “separated” from rebels to justify their own airstrikes on opposition areas, including civilian sites — cautiously welcomed the report of Obama’s move towards their position.

Deputy Foreign Minister Sergei Ryabkov said, “If a decision like that has been made, we can only hail it.”

But Ryabkov added, “However, in foreign policies and diplomacy reactions are given to official statements, and as yet we have not seen anything of the kind.”

The US Treasury accompanied the campaign with the designation of four purported JFS/Nusra officials for “support to terrorists or acts of terrorism”.

The best-known of the four is Abdullah al-Moheisini, a Saudi cleric who came to Syria in September 2013 to work with rebel factions. Although he is not formally part of JFS/Nusra, the Treasury maintains that he is “al-Nusrah Front’s religious advisor” and represented the group in an operations room in northwest Syria.