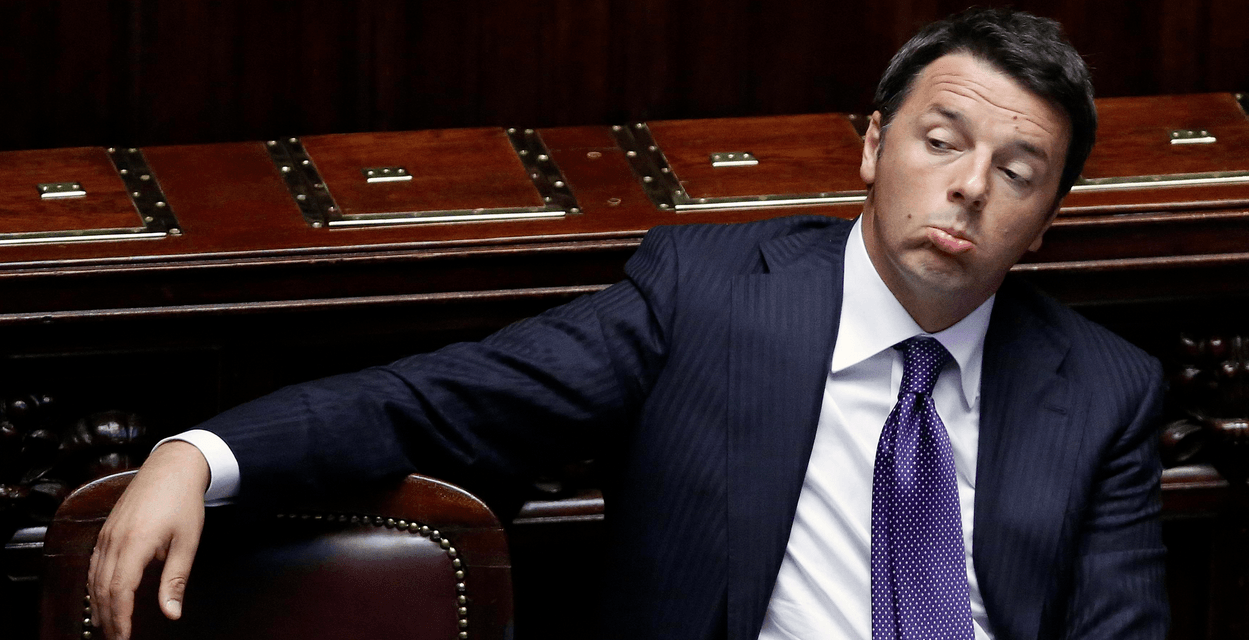 European Union leaders have condemned Russia for its bombing of civilians in Syria’s largest city Aleppo, but they have divided over taking any action against Moscow.

Britain, France, and Germany are pressing for sanctions on the Russians, whose attacks alongside the Assad regime have killed more than 600 civilians in the past month.

But Italian Prime Minister Matteo Renzi said the sanctions would not force Moscow to negotiate a peace settlement.

“We should do everything possible for a peace deal in Syria but it’s difficult to imagine that this should be linked to further sanctions on Russia,” Renzi told reporters after a late-night dinner in Brussels.

While condemning the bombing, the EU leaders removed language from an earlier draft threatening sanctions on Russian individuals and companies linked to President Assad.

EU Foreign Ministers also refrained on Monday from mentioning sanctions on Moscow, limiting themselves to the possible addition of about 20 regime figures to a sanctions blacklist.

Russia and the regime imposed a siege in late August on opposition areas of Aleppo, where there are about 275,000 residents. Russian-regime airstrikes resumed on September 19, initially with the destruction of a UN aid convoy and then with incessant bombing of the opposition districts.

Moscow announced a “pause” in the bombing on Tuesday, but has also sent a tough signal with the movement of its Northern fleet — including Russia’s only aircraft carrier — to the Mediterranean.

A Russian-regime proclamation of “exit corridors” for residents and rebels from east Aleppo showed almost no sign of movement on Thursday.

An East Aleppo-based “contributor” to The National said several hundred residents gathered at a crossing point in the Bustan Al Qasr neighborhood on Thursday morning, but dispersed after the area was hit by mortar and sniper fire, resulting in injuries.

The Assad regime and opposition blamed each other for the attacks.

The UN’s human rights chief said on Friday that the Russian-regime siege and bombing of Aleppo “constitute crimes of historic proportions“.

In a speech by video to the UN Human Rights Council in Geneva,, Zeid Ra’ad Al Hussein called for the crisisto be referred to the International Criminal Court.

Paulo Pinheiro, the chairman of the UN commission of inquiry on Syria, said war crimes would continue to be documented. He appealed to the government of President Bashar al Assad to provide information on violations.

Turkish-supported rebels have begun attacks on the Kurdish militia YPG and its allies across a 12-km (7.5-mile) front in northern Aleppo Province.

The rebel units — including the Free Syrian Army and backed by Turkish artillery — have launched the assaults near the villages of Bir as-Sabah and Umm Housh.

The area is southeast of the town of Tel Rifaat, captured by the YPG in February from the rebels. Earlier this week, FSA fighters promised to retake the town, giving the YPG 48 hours to withdraw.

Turkey carried out its first airstrikes, alongside shelling, of YPG positions on Wednesday. 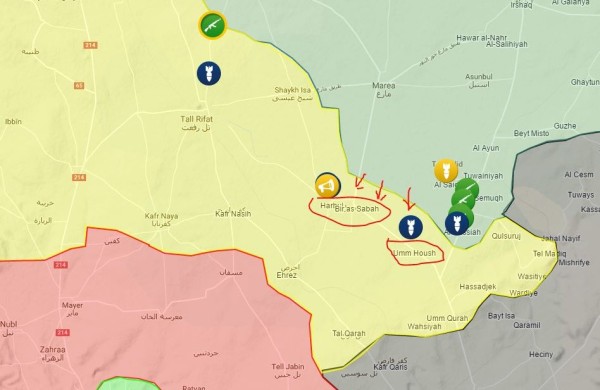 The YPG General Command in the Afrin canton in northwest Syria has called on people to rally “in the defense of the region against the Daesh [Islamic State] gangs, their supporter Turkey, and all other threats during this historical resistance”.

The opposition Syrian National Coalition and Free Syrian Army have rejected a UN proposal to evacuate wounded from east Aleppo.

The groups expressed concern about the lack of assurances that “the injured and those who accompany them will not be prosecuted and jailed by the regime”. THey also noted that the arrangement does not included aid to the besieged districts.

The Coalition and FSA said the “UN is under pressure by the regime and Russia to implement their policy to displace civilians rather than supporting them in their areas”.

A demonstration on Thursday in east Aleppo rejects Russian-regime pressure to leave: 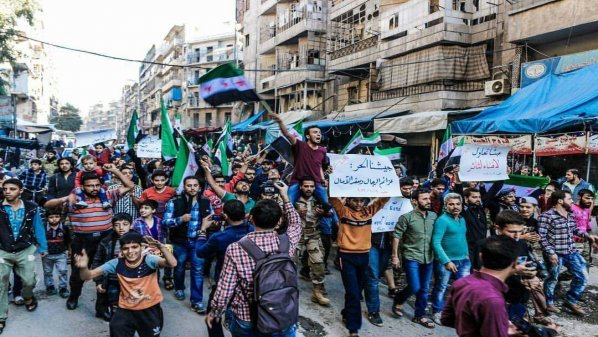 White Helmets rescuers dig a 16-year-old boy out from rubble after five hours, following a Russian-regime bombing of Jisr al-Shughour in Idlib Province on Thursday night:

The rest of the family were killed in the attack.

Regime: We Will Shoot Down Turkish Warplanes

The Syrian military said on Thursday that it will shoot down Turkish warplanes if they enter the country’s airspace.

The General Command denounced Turkey’s first airstrikes on positions of the Kurdish militia YPG in northern Syria, calling them “naked aggression” and claiming — without evidence — that “more than 150 civilians fell victim to this criminal attack”.

“Any attempt to once again breach Syrian airspace by Turkish war planes will be dealt with and they will be brought down by all means available,” the staetment assserted.

On Wednesday, Turkish jets carried out 26 airstrikes on 18 YPG positions, in villages taken by the Kurdish militia from Syrian rebels early this year. The Turkish military claimed that it killed 160 to 200 YPG fighters.

As the Islamic State retreats in northwest Syria, a race is developing between Turkish-supported rebels, the YPG, and the regime for areas of Aleppo Province.

One of the key objectives is thw town of al-Bab, a town about 40 km (25 miles) northeast of Aleppo. 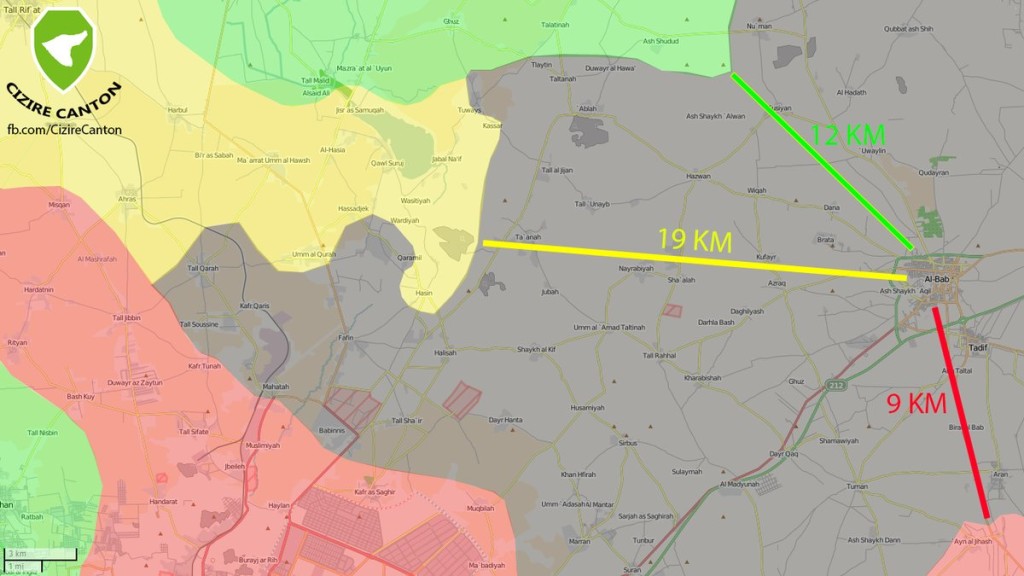