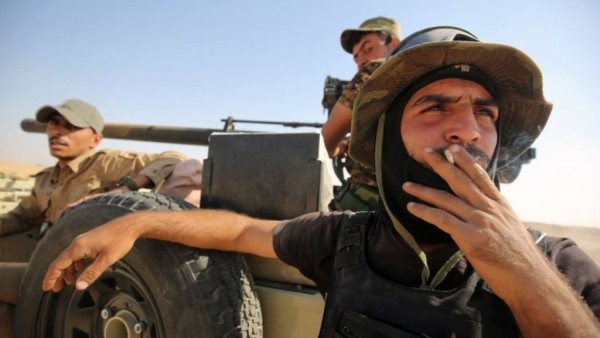 Shia militias say they have launched their first battlefield operations in the Iraqi-Kurdish offensive to recapture Iraq’s second city Mosul from the Islamic State.

The Popular Mobilisation Units moved into 10 villages in the first hours of the operation near Tal Afar, 55 km (34 miles) west of Mosul, according to spokesman Ahmed al-Asadi.

“This corridor is considered the main artery of the ISIL [Islamic State] terrorist organisation between Mosul on one end and Raqqa in Syria on the other,” said Asadi.

See also Iraq Analysis: A Beginner’s Guide to the Battle for Mosul

The Iraqi-Kurdish coalition and its foreign supporters, including the US, have been concerned about any significant PMU involvement in the military operations. The Shia militias have been accused of sectarian treatment of civilians, with human rights organizations accusing the groups of abuses.

The US is also wary of Iranian leadership of the militias. Conversely, Tehran has been critical of the Mosul offensive, denouncing “foreign involvement”.

On Saturday night, Turkish President Recep Tayyip Erdoğan warned, “Tal Afar is a very sensitive issue for us. We definitely do not regard [the militias’ involvement] positively in Tal Afar and Sinjar. I already told this to officials clearly.”

Erdoğan noted Tal Afar’s large Turkish population “with half Shia and half Sunni Muslims”: “We do not judge people by their religious affiliation, we regard them all as Muslims.”

But, he continued, “If Hashd al-Shaabi [the PMUs] terrorizes the region, our response would be different.”

Entering its third week, the Iraqi-Kurdish offensive has paused on other fronts. Advance units of Iraqi special forces are within 4 km (2.5 miles) of Mosul to the east, but they have held up to await coordination with other troops and movement elsewhere.

After taking villages in the first days of the offensive, Kurdish peshmerga have surrounded the Islamic State in Bashiqa, 12 km (7.5 miles) north of Mosul, for more than a week.

To the south, the Iraqi army and federal police are still 30 km (19 miles) from Mosul.