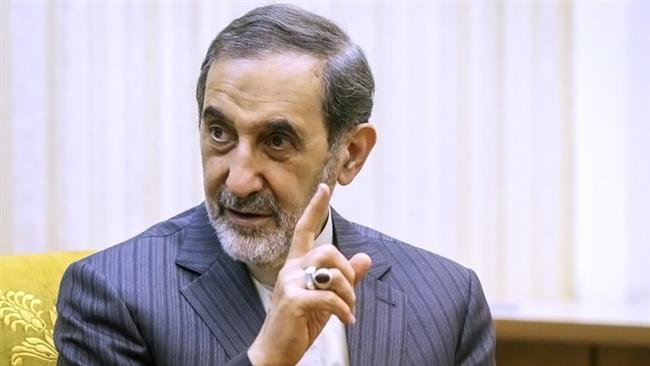 UPDATE 1415 GMT: President Rouhani has joined the chorus of regime figures denouncing the involvement of Turkey and the US in the offensive against the Islamic State in Iraq’s Mosul.

Rouhani told reporters during a visit to central Iran:

We regard as very dangerous intervention by foreign countries without any coordination with the host country and believe that the Syrian and Iraqi governments must request help and demand that another country act against terrorism inside their territories.

This is based on international principles and [any move] contrary to it will exacerbate insecurity.

Iran has also criticized Turkey’s intervention alongside rebels inside Syria from late August.

Rouhani told the journalists, “Some big powers are toying with terrorist groups in line with their own illegitimate goals and despite overflowing the region with tools and equipment, they are not carrying out any positive measure against them.”

ORIGINAL ENTRY: The senior advisor to Iran’s Supreme Leader has lashed out at Turkey’s involvement in the offensive to recapture Iraq’s second city Mosul from the Islamic State.

As Turkish forces joined Iraqi and Kurdish counterparts in the campaign on Sunday, Ali Akbar Velayati told Tehran’s Arabic-language al-Alam TV: “Iran opposes interference by any country, including Turkey or others, in the internal affairs of another country.”

Velayati emphasized that Iraqi Prime Minister Haider al-Abadi had opposed any Turkish involvement and called on Ankara’s forces to leave the Bashiqa base, north of Mosul.

US Defense Secretary Ashton Carter traveled to Ankara and then Baghdad on Friday and Saturday to resolve the dispute. Turkey’s troops then joined the front north of Mosul, saying that they were supporting Kurdish peshmerga trying to capture the town near the Bashiqa base.

Iran Concern Over US and Turkish Role

Iran has shown increasing concern over the prominence of the US-led coalition, with its airstrikes, and Ankara in the offensive, with Tehran relegated to the role of observer.

Velayati, who visited Baghdad last week for talks, said on Sunday that all nations should respect each other’s territorial integrity or “no country would be safe from other countries’ interference.”

The advisor insisted that Iran’s political and military involvement, including support of mainly-Shia militias, were not “interference”. He said this was only “consultation” at the request of the Iraqi Government.

Bowing to political pressure from the Supreme Leader, President Rouhani has denounced the US Presidential election and “America”.

Rouhani told a crowd in central Iran on Sunday in a televised speech:

America claims it has more than 200 years of democracy, and they have had 50 presidential elections, but there is no morality in that country.

You saw the Presidential debates, how they talk…, how they accuse and mock [each other].

The President is in an increasingly bitter battle with the Revolutionary Guards affecting his attempts for Iranian economic recovery. Last week Guards commander Mohammad Ali Jafari said “some officials” have “conflicting views” with the Supreme Leader because they are “looking outwards” for “solutions to the country’s problems”.

Two days later, the Supreme Leader declared, “The US Presidential race and issues that the two candidates have raised is a typical result of lack of spirituality & faith among those in power.” And on Friday, prayers leaders — guided by the Supreme Leader’s office — denounced Rouhani’s foreign policy of “constructive engagement”.

Rouhani had tried last Thursday to push back the Revolutionary Guards’ criticism of his Government and foreign investment: “We must be hospitable to traders, merchants, and investors who want to enter the country.”

The President did not return to the theme on Sunday. Instead, he echoed Ayatollah Khamenei’s criticism of the US.

Rouhani said a head of state asked him during his visit to the UN in New York in September whom he preferred between Republican candidate Donald Trump and = Democratic rival Hillary Clinton.

“I said, should I prefer bad over worse or worse over bad?” Rouhani told the crowd.