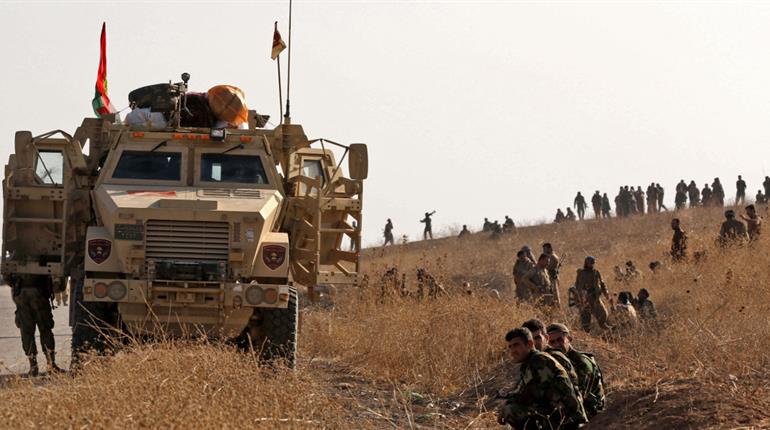 UPDATE 0700 GMT: Kurdish commanders have pulled back their claim of the capture of Bashiqa, north of Mosul (see below).

Lieutenant Said Hazhar said on Monday morning, “We have encircled Bashiqa, and we are now digging trenches before we launch an attack.”

He confirmed that peshmerga have not entered the town.

Turkey has joined the Iraqi-Kurdish offensive to recapture Iraq’s second city Mosul from the Islamic State.

The Turkish military said on Sunday that it fired at ISIS positions in Bashiqa, 12 km (7.5 miles) northeast of Mosul, after a request by Kurdish peshmerga for assistance.

The Kurdish fighters launched the assault on Bashiqa at dawn on Sunday morning. The town is near a base where Turkish troops have been training Sunni Arab and Kurdish counterparts.

See
Iraq Analysis: A Beginner’s Guide to the Battle for Mosul

Turkish Prime Minister Binali Yildrim announced the intervention, “The peshmerga have mobilized to cleanse the Bashiqa region from Daesh [the Islamic State]. They asked for help from our soldiers at the Bashiqa base. So we are helping the tanks with our artillery there.”

Iraqi Prime Minister Haider al-Abadi had objected to any Turkish role and had called for the withdrawal of Ankara’s troops from the Bashiqa base. The US sent Defense Secretary Ashton Carter to Ankara and Baghdad on Friday and Saturday to resolve the dispute.

After Carter’s visit, al-Abadi still maintained, “I know the Turks want to participate. We tell them: Thank you, this is something the Iraqis will handle.”

Yıldırım had appeared to step back on Saturday, saying that Turkey’s “active role in the Mosul operation is not required at the moment”, although Ankara would support the offensive through its air force.

But announcing the tank and artillery fire, the Prime Minister defied al-Abadi, saying that Turkey would not seek permission to fight terrorism “both inside and outside the country”: “We will not hesitate to take the necessary steps to protect our country’s territorial integrity and the nation’s unity and solidarity.”

Both Yıldırım and Foreign Minister Mevlüt Çavuşoğlu have ruled out the involvement of Turkish ground troops.

The Kurdish peshmerga claimed later on Sunday that they had succeeded in the takeover of Bashiqa.

Masoud Barzani, the President of the Iraqi Kurdistan Regional Government, told US Defense Secretary Carter of the capture, according to an American official.

However, Major General Haider Fadhil of Iraq’s special forces said the peshmerga had only seized parts of the town, as well as occupying two villages and a small Shia shrine.

Meanwhile,, Iraqi security officials said 51 ISIS fighters have been killed in their counter-attack inside Kirkuk, east of Mosul, including three yesterday.

The Islamic State has carried out bomb and gun attacks since Friday in Kirkuk, important because of its proximity to oil and its position between Iraqi Kurdistan and the rest of the country.

Officials said at least 46 people, most of them members of the security forces, have died. Among the casualties are ten power plant employees, including four Iranians, hit by ISIS suicide bombers on Friday.

The ISIS fighters appeared to have been cleared out of buildings on Sunday, although security forces were deployed in southern neighborhoods and looking for any remaining militants. 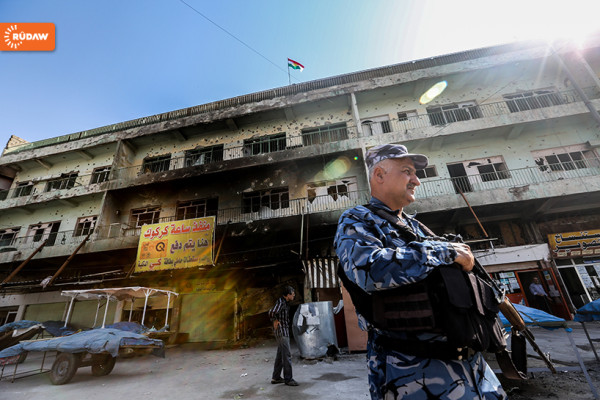