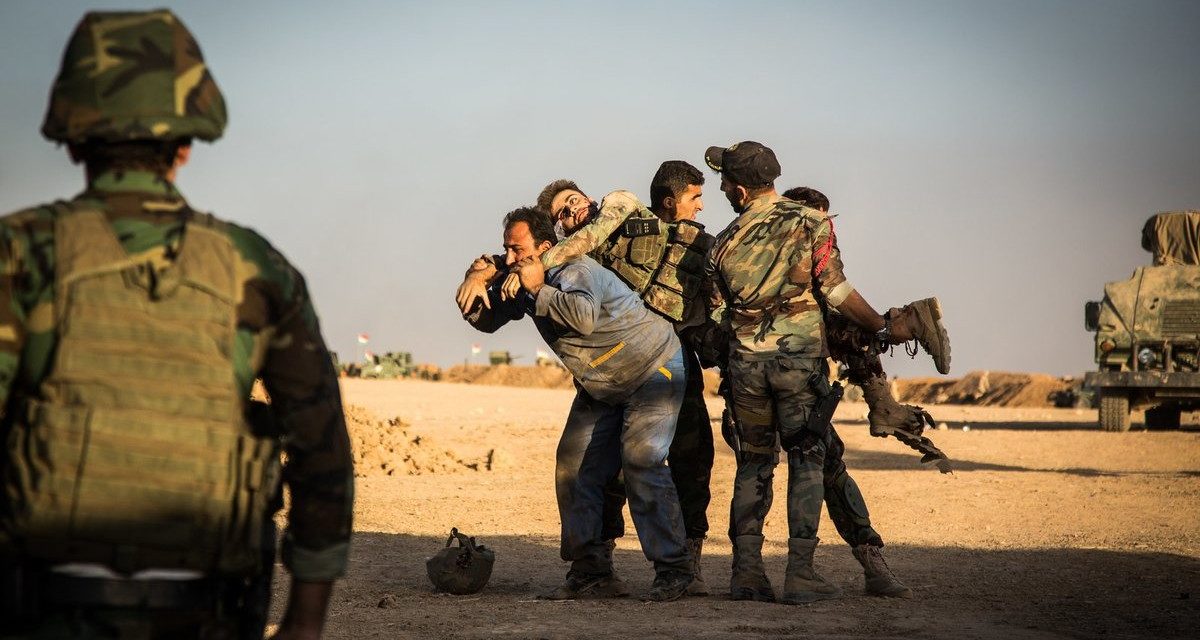 Kurdish peshmerga have launched an assault on a town northeast of Mosul, on the seventh day of the Iraqi-Kurdish offensive to recapture Iraq’s second city from the Islamic State.

Bashiqa, occupied by ISIS during its lightning offensive that captured Mosul in June 2014, is close to a camp where 500 Turkish troops have been training Iraqi and Kurdish soldiers.

Ankara wants to be involved in the Mosul offensive, but the Iraqi Government has refused the offer and called for the withdrawal of the Turkish soldiers from Bashiqa.

On Friday, US Defense Secretary Ashton Carter met with high-level officials in Ankara, including Turkish President Recep Tayyip Erdoğan, to try and resolve the situation.

Carter said afterwards, “I think there is agreement in principle. Iraq understands that Turkey, as a member of the counter-ISIL [Islamic State] coalition, will play a role in counter-ISIL operations in Iraq….I’m confident that we can work things out.”

However, Iraqi Prime Minister Haider al-Abadi maintained his rejection after seeing Carter on Saturday: “I know the Turks want to participate. We tell them: Thank you, this is something the Iraqis will handle.”

Turkish Prime Minister Binali Yıldırım appeared to step back on Saturday, saying that Turkey’s “active role in the Mosul operation is not required at the moment”, although Ankara will support the offensive through its air force.