Syria Daily: Opposition — US Failing to Stand Up to Russian “War Crimes” 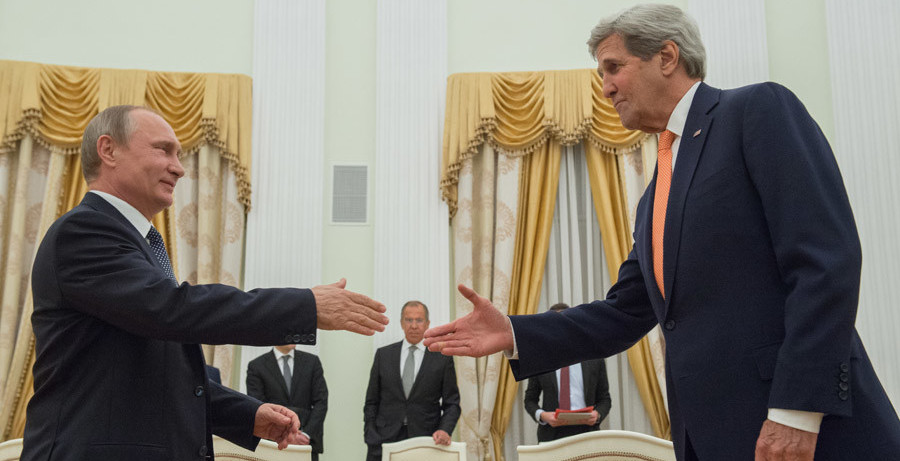 Syria’s opposition has criticized the US for failing to stand up to Russia and its “war crimes”.

“What we lack here is a serious reaction to Russian behavior on the ground,” Basma Kodmani, a member of the High Negotiations Committee, said on Monday. “Russia is saying one thing and doing another.”

Despite thousands of Russian airstrikes on opposition territory and the collapse of a February 27 “cessation of hostilities”, the US is continuing to work closely with Moscow on political and military matters.

Last week US Secretary of State John Kerry visited Moscow to present an Obama Administration plan for a joint command-and-control center for exchange of intelligence and coordination of aerial operations, including attacks on the Islamic State and the jihadists of Jabhat al-Nusra.

In a press conference after eight hours of talks on Friday, Russian Foreign Minister Sergei Lavrov indicated that all rebels could be treated as targets because they had not “separated themselves” from Jabhat al-Nusra on the battlefield.

The US says that, in return for the coordination, Russia will press the Assad regime to end its bombing of opposition territory and to return to political talks. However, critics say that Moscow cannot be trusted, given its continuing attacks which have killed more than 2,000 civiians and destroyed infrastructure such as hospitals.

What we need is for Russia to restate that it is interested in a political process. We don’t see that.

This is where we expect the Americans to react more forcefully, because these are war crimes being committed at the very moment when Mr Kerry is in Moscow and is discussing a security arrangement and the targeting of terrorist groups, while Russia is fully engaged in this operation on Aleppo.

Russia’s air support has enabled the Syrian military and allied foreign militias to cut off the last route into opposition-held areas of Aleppo city, threatening a siege on hundreds of thousands of people. Rebels pushed back pro-Assad forces on Sunday after they briefly reached the al-Castello Road, but the regime troops still maintain fire control over the route.

We would like to see what kind of guarantees the U.S. is able to agree with Russia. What we want is solid guarantees about the cessation of hostilities being restored….

It really is quite baffling to see that the Western powers who are supposed to be the friends of the Syrian people are not putting any alternative approach. There’s a big void out there.

Regime Claims It Has Captured Kinsabba in Latakia Province

The Syrian Army has again claimed the capture of the strategic town of Kinsabba in northern Latakia Province in western Syria.

Pro-regime outlets said units including the Syrian marines and the Desert Hawks militia finally took control of days of back-and-forth fighting over the town.

Footage of the operations:

The Syrian military also claimed control on Saturday, but rebels regained Kinsabba in a dawn attack on Sunday.

Kinsabba is considered an essential position for any attempt to advance into opposition-held Idlib Province.