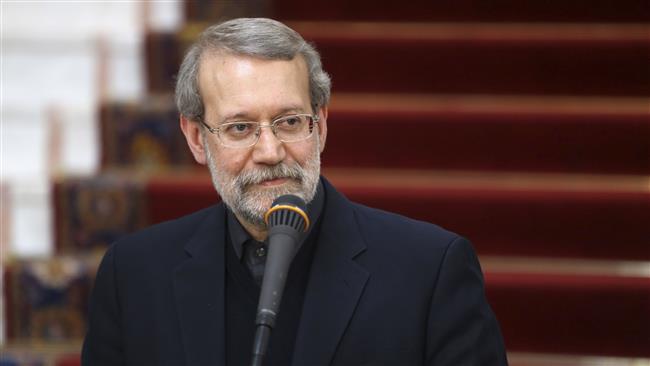 PHOTO: Speaker of Parliament Ali Larijani “As an establishment which relies on people’s votes and demands as well as Islamic principles, Iran has always supported democratically-elected governments”

Rouhani told a crowd in Kermanshah in western Iran:

We live in a region where some still think that they can transfer power through coups or [they can] overthrow a government elected by people’s votes with the use of military tanks, artillery, aircraft, and helicopter….

[They] have failed to realize that the era of coup is over, and that coups and tanks are not the solution. They must come to the understanding that the solution to problems is democracy and respecting the votes of the majority.

Today is the day when issues can be settled at ballot boxes, including Turkey, Syria, Iraq, Lebanon and Yemen,…and people can make their voice heard.

We were the first country that explicitly declared our position regarding Turkey, while other countries either kept mum or…were vague in their stance, if they adopted any, and failed to voice their support for democracy.

ORIGINAL ENTRY: Iran’s media continues to be dominated by the regime’s expressions of support for the Erdoğan Government in Turkey, following the failure of a military coup early Saturday.

In a message to his Turkish counterpart, Speaker of Parliament Ali Larijani proclaimed a “victory of democracy” over “a desperate bid” to overthrow President Recep Tayyip Erdoğan: “Events over past few hours showed very well that the nations’ vote, will and demand are decisive.”

Larijani used the event to hold up the Islamic Republic as a model of democracy: “As an establishment which relies on people’s votes and demands as well as Islamic principles, Iran has always supported democratically-elected governments as well as their people and national sovereignty”.

See Turkey Analysis: Erdogan, the Military, and a Bleak Future for the People
Turkey Special: Erdogan Fends Off Coup Attempt

The Islamic Republic of Iran is a state governed by religious democracy, i.e. a government based on popular vote within the framework of Islamic values and is naturally against any illegal move and act of bullying to change popular governments….

If a few military personnel seek to crush underfoot the vote of the people under the influence of whatever factor or factors and overthrow the popular government of Erdoğan, the Islamic Republic of Iran will naturally and according to the principles it believes in oppose this coup d’état or any other coups.

Larijani reiterated that the Iranian regime would fully support the “Muslim people of the friend and brother country” of Turkey.

Soon after the uprising by part of the Turkish military on Friday night, Tehran expressed its worry. Foreign Minister Mohammad Javad Zarif used Twitter to react: “Deeply concerned about the crisis in Turkey. Stability, democracy & safety of Turkish people are paramount. Unity & prudence are imperative.”

While Iran and Turkey have been on opposite sides of regional issues such as the Syrian crisis, Ankara is an important economic partner as Tehran seeks recovery after years of sanctions. The two countries have set a target of $35 billion in trade by the end of 2016.

Iranian officials are also concerned about any effect on the Islamic Republic’s own stability. The regime’s warning of “terrorism” have escalated in the past month, from declaration of plots against 50 targets in Iranian cities to battles against insurgents in the northwest and southeast of Iran.

Shamkhani asserted, “What has determined the fate of Turkey’s developments were the will and presence of the nation and vigilance of political parties who’s contribution thwarted this coup.”

We are deeply concerned about stability, security, unity, democracy and the rule of law in Turkey….

A stable, secure and democratic Turkey is a priority for the Islamic Republic of Iran.